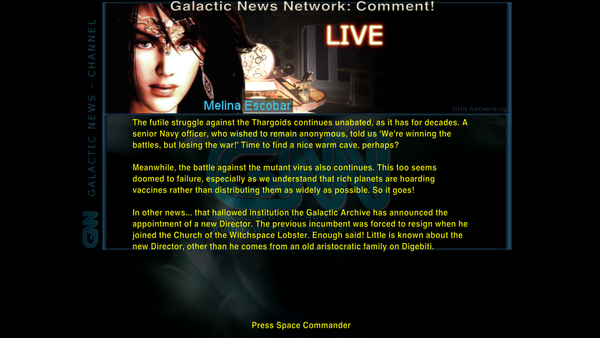 Hints allows you to overhear hints in the station bar

GNN gives you news flashes when you dock

Log Events adds more information to your Latest.log to help track down problems

Commies adds the CZGF station near some suns 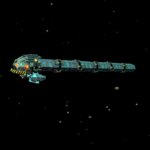 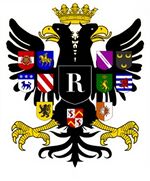 I should mention that both Montana05 and Cody have been very helpful in all this. As have Stranger, Redspear, User2375 & Hiran. And I must mention the recent addition of Massively Locked to the team - he's taken over pummeling the programming pages into some sort of respectability. As has the resurrected Murgh. I think that I would have to argue that Hiran has really helped me make major improvements to the functionality of this wiki - both with his databases and his enthusiasm. If I've forgotten your name, I grovel!

These are the ones I like! Not all are on the in-game Expansions Manager. Note that I'm not personally into lots of different ships.

I used to be against adding any ships (apart from Liners, DSD's, Behemoths and those which came for example in Commies or Feudal States. But then I discovered these:

These are ships with personality and purpose. They add moral choices to my game and add a welcome layer of complexity. Try them!

Some of the above I find quite admirable. Another_commander is very modest and has done so much for both our little community, and for the game. Our artists (of whatever bent) have had some truly inspirational ideas (Clym Angus, GS Agostinho, PA Groove). Stranger's work is just truly awesome. And then there are those I've not mentioned. And a lot of the work I'm unable to appreciate - such as that on ships for example. I really must mention phkb, too. Again, very modest. In the past year since I joined, he's been working away updating other departed authors' oxp's, as well as devising his own. When you look at his own, they are very unassuming (like him). And, like him, they make a massive difference to the game. I first noticed his common-sense oxp's (maintenance on demand, making planets look like their descriptions, e-mail system, XenonUI, liners markets, red fonts for "selling" items in the shipyard, etc. But then he came out with his GalCop Galactic Registry and I discovered his GalCop Missions, Home System, Broadcast Comms, Smugglers...). He has added an entire new dimension to the game. Just look at the equipment he has created for GalCop Missions: Cargo Stopper, Ejection Damper, Range Finder, Seismic Resonance Scanner, Solar Activity Scanner, Mass Passenger Transport Module ... And then look at his Ship Configuration.oxp! And of course, his experiments: Pirate Player, Hermitage... Just Brilliant!

I find these almost entirely incomprehensible. If I ever learn enough I would like to make them more accessible to the uninitiated. Aegidian wanted to teach people how to programme via Oolite. I wonder if the introduction of both Javascript and of the OXZ format has defeated that ambition. Especially when combined with the failure to keep the programming pages on the wiki up-to-date - or to write updated introductions for beginners. But see Massively Locked's work - and his introduction to Javascript

Things I'd love to see in-game

Wolis wrote this in 2009 - with links to screen shots of proper asteroid belts, volcanoes, lightening, etc. Is any of this possible in Oolite?

Apropos of Stranger's Roolite essay: some adventures or whatever giving purpose to various worlds. We have "anywhere" missions which fail to mark out places as special (eg. in RRS, Galactic Navy, GalCop Missions, Taxi Galactica, Random Hits... ).

The following call out for dramatic depth and politics:

More ideas along these lines

Romance: if the romantic interest stays on the planet, that is a reason to return there. The RI's family could provide incentives too - missions, better prices for certain commodities [i]etc[/i].

Family: I suspect that this might go against the grain of what is out there (Oolite seems to presuppose that one has divorced one's family and run away to space - even Diplomancy requires one to buy citizenship of a system, rather than automatically getting citizenship of where one was born). But family, and messages from dying parents or siblings getting married, would add some flavour to one's homeworld. Especially if one starts getting recognised as one gains in Elite Rating (tweaking Phkb's Home System .oxp)

Vendettas: an enemy. Imprint depicts a vendetta which develops over the course of time. Is this doable in Oolite (game code needs to remember the enemy. Need for credible escape when defeated. And is it possible to develop the enemy's skills over time)? If the enemy is based in a particular system, then again, that system is marked out as special (to visit or to avoid).

Causes: for example, joining Amnesty InterGalactic, and fighting against slavery. The HQ thus becomes a place to visit for mission details, get cheap repairs, etc. Or joining the Bounty Hunter Guild to fight against pirates, etc. If there was one specific cantina/bar where one had to report, then again, there would be a geographical focus for the player. (See Resistance Commander)

Political Involvement: if one got politically involved with a system (along the lines of Feudal States or Home System, say, but with a bit more to it).

I'm unsure to what extent Vendettas are do-able within the game code as it stands. The rest seems oxp'able to me.

My tweaks to other people's oxp's