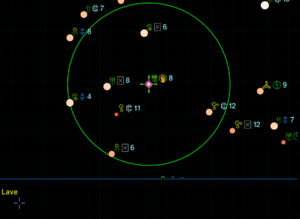 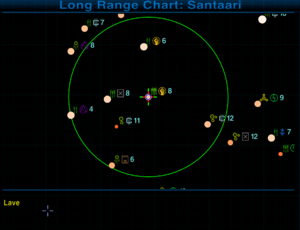 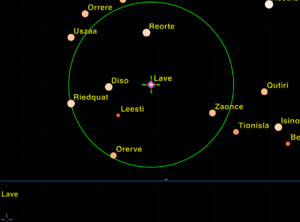 Turns the Milkrun from Leesti to Diso into a much safer route for the beginning player (as it used to be before Oolite v.1.80 changed things).

Oolive v.1.80 changed a number of things from the older versions of Oolite which were more similar on Classic Elite. One of the most significant was a major toughening up of the NPC's combat skills - combined with a new propensity for pirates to raid safer systems (democracies & corporate states) from surrounding dangerous systems (anarchies and feudal states). This change made the area west of Lave much, much more dangerous, especially for new players with poor combat skills. As Disembodied famously said: "Most games have some sort of paddling-pool-and-water-wings beginning to ease you in: Oolite takes the rather more Darwinian approach of heaving you straight into the ocean, often with a brick or two in your pockets for luck."

The first attempts to fix this were (i) Spara's Start Advice oxp (2016) which suggests travelling east to Zaonce and avoiding the paddling pool region like the plague and (ii) the new game "Easy Start" option (2017) which begins at Zaonce with 1,000₢ (Oolite v.1.86). Note that this side of Lave is still dangerous: Tionisla and Isinor have dangerous neighbours.

This oxp rehabilitates the western side of Lave, making the milkrun from Leesti to Diso almost as safe as it used to be before Oolite v.1.80 (the pirates are still better at combat), but also changing the governments and other trade possibilities which used to exist.