For example, in FE2 and FFE, the route Sol - Barnard's Star is the mother of all milkruns. It is very short distance, it is absolutely safe, and guarantees a good profit for every trip. You don't need any weapons or equipment other than Autopilot. Doing this route will put a spacer in the position to buy any ship they want within a matter of months.

Take luxury goods from Sol to Barnards Star and computers or robots back to Sol. Computers and robots are usually sold out in Sol so check the bulletin boards on the three orbital stations around Earth and the one around the moon for anyone willing to pay double. This makes it more profitable and a little more exciting.

Van Maanens Star is also safe once you have a permit and know at least one merchant. Smuggle Luxury Goods and Liquor from the Sol system and return with computers. 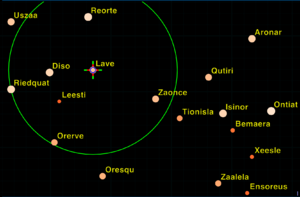 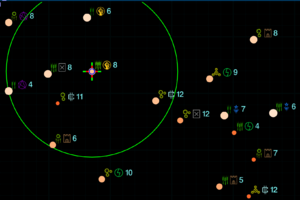 The most lucrative milk-run is between a rich industrial system and a poor agricultural system.

When one is starting the Vanilla game, there is little money with which to equip one's ship. One cannot afford better lasers or witchfuel injectors (nor can one afford to fill one's cargo hold with the most lucrative trading goods). This means that pirates are a major concern.


The political nature of the systems (whether they can afford extra police to control the pirates) is thus very relevant. Corporate states and democracies stomp all over the pirates whenever they find them. Anarchies and Feudal states let the pirates breed like flies.

Leesti (Poor Industrial) to Diso (Average Agricultural).
While both are safe systems, they are horribly close to anarchic Riedquat & Uszaa - and feudal Orerve. Their local pirates only too happy to come visiting Leesti & Diso to prey on their shipping.

Dangerous, not the most lucrative

Zaonce (Average Industrial) or Tionisla (Average Industrial) to Isinor (Poor Agricultural).
Not as lucrative a milkrun as Isinor-Ensoreus, but definitely safer. Isinor has some nasty neighbours (3 feudals and 2 multi-governments). Zaonce is next door to the Lavean Dictatorship, but Tionisla is almost as safe as it gets.

Isinor (Poor Agricultural) to Ensoreus (Rich Industrial).
The disparity in wealth makes this the best milkrun in the vicinity. It is also the most dangerous as there is an anarchy infested with pirates just south of Ensoreus (just off these maps) - and one uses up almost all of one's fuel on the witchjump there from Isinor. This makes escaping the pirates at Ensoreus very difficult. Attacks by pirates visiting from the local anarchy are thus deadly for beginners (without decently-equipped ships). Isinor too has some nasty neighbours.