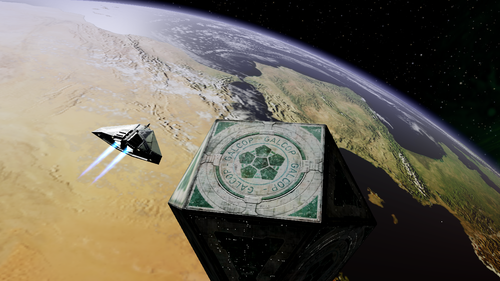 The 50km area around the system's main orbital station which is protected by police. Legal offences committed here will be registered by the police, resulting in the awarding of "offender" or "refugee" status.

Other docking stations (eg Rock Hermits, stations at secondary planets, secondary stations at the same planet - such as SothisTCs or SuperHubs...) do not have an aegis.

Docking Computers allow "instantaneous" docking (it actually takes 20 minutes of game time) from anywhere within the aegis of the main orbital station.

When you are inside the aegis of the main orbital, this will be noted on your HUD (number 4 on the diagram: the green "S").