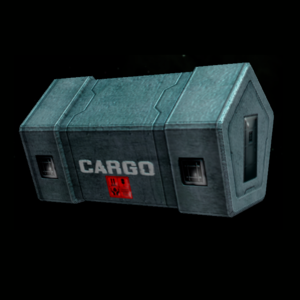 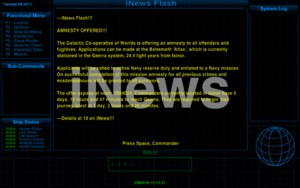 Law is all very well and good. For it to impact our gameplay it must be enforced.

In the Vanilla game there are fleets of Vipers and dockable space stations. These do the enforcing (attacking your ship, refusing docking rights etc).

If you start adding OXPs, these might affect the enforcement and the laws one is expected to obey. Smugglers & Weapon Laws start changing the laws. The Navy OXPs add more enforcement. Phkb's projected Anarchy overhaul would usher in less enforcement. Et cetera. There is a list of relevant links at the bottom.

Understanding the GCW Systems of Law

Synopsis of Legal System from your downloaded OoliteRS sheet

The Core Of GCW Space Laws

Crimes Against The GCW

Actions On The Behalf Of The GCW

3 Defence Of GCW And Their Member States

This is a single chapter of the Oolite Manual, so some details in this document will be covered in other chapters. Paragraph number have been added to simplify fact checking for this provisional version. Text in braces will be tables and breakout box for the final version. Any graphics will be found in separate documents included in the zip file.

This was written by KZ9999 back in 2009. It is by no means canon, but is put up here to stimulate the imaginative juices!
KZ9999 expanded upon Darkbee's original RS Reference sheet (which comes with the Oolite Game Download) and also had a stab at writing a Game Manual of which this would have been a chapter.
KZ9999 also put a nutshell synopsis of this in the Oolite Reference Sheets which came with your game download (search for OoliteRS - stashed away in the entrails of your computer - or File:OoliteRS rev1.8.zip).

In Classic Elite's Manual we find:

The Reprobate Act was passed to deal with the growing numbers of Refugee Adders, which were then used as disguise by slave traders: the Act orders GalCop cops to decommission Refugee Adders to help stop the slave trade.

Trials of some of the most notorious criminals in the eight galaxies have taken place in this august court house. Situated in the Galaxy 7 system of Estiri, security is provided by a special division of the Galactic Navy. A well armed Navy Base orbits Estiri’s ocean covered moon, Nemean and Navy Class Asps can be seen upon patrol in the space lanes.

Vulnerable witnesses are housed aboard the armed Military Station, before being transported to the Court aboard heavily armed Navy Frigates or Cruisers. The Navy Base is normally open to civilian traffic, but at times of heightened security the base is placed in “lock-down” mode. During a lock-down an exclusion zone is placed around the base. Ships entering the zone without the correct clearance codes are fired upon without warning.

The Edorte ice prison is the end station for some of the meanest criminals in the galaxy (added by Famous Planets).

Between 2997 and 3007, the GalCop government chose to respond to almost every social ill by enacting criminal legislation. Over this ten year period 23,000 new criminal laws were passed and over 1,000 new offences were created. This trend continued for almost 50 years and by 3053 doing absolutely anything at all was a criminal offence. The prisons were overflowing. Things then changed.

Police forces are paid for by GalCop, usually with extra funding from the system's government. Anarchies don't have one, so no money, lots of pirates and a beleagured local police force. Corporate States at the other end of the spectrum stump up loads of extra dosh for more and better police ships. If you add in Commies and Dictators then they will provide their own police forces too. Both Navy OXPs are currently (2021) broken (can you fix either of them?).

Needless to say, in terms of the thorny issue of enforcement mentioned at the top of this page, the existence of a navy - and the type of navy it is - has major ramifications. With no navy/a weak navy GalCop has much more difficulty imposing its laws on the systems in the eight galaxies as well as on you, the player.

You will find that a number of the OXPs are built around the assumption of a muscular GalCop, whilst others presuppose an enfeebled GalCop. In many cases, you can fudge the difference.