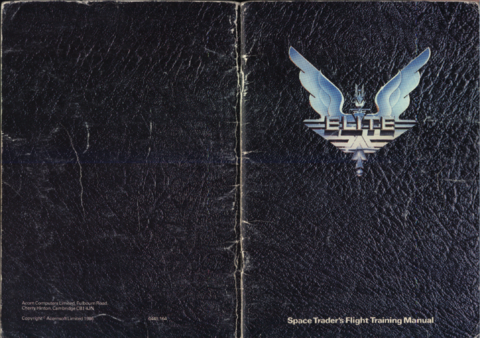 Interior of a Cobra Mk III
Your rating as a combateer

How to trade
Advice to traders
Alternatives to Trading

5 Political Profile of the Universe

Consequences for Trade (not all political states are detailed here)

Alien races (not all are detailed here - eg reptiloids)

6 Observer's Guide to Ships in Service

(for recording your own trades and kills)

Holdstock's version of the Instruction Manual was a great innovation. It was written for newly-qualified pilots, not for teenage players of a computer game. And it made references to all sorts of things not part of the game itself. Generation ships. Deep space dredgers. Other versions of the four in-game lasers. Government bodies and other publications. In effect, it became a major source of Lore for those who bought the entire boxed game and read all the contents. It was a major factor in creating the immersion which engulfed so many of the original players.