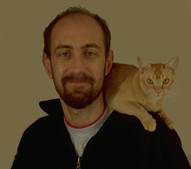 Ian Bell is the co-author of classic Elite, along with David Braben.

Ian Bell was born during Halloween 1962, amidst the chaos of the Cuban Missile Crisis. After attending St. Alban's Abbey Public School, he went on to attend Cambridge University. It was while studying mathematics at Jesus College that he began writing computer games. His first game was Free Fall for the BBC Microcomputer. He then went on to write Elite in partnership with David Braben. Academically, he went on to gain a 1st class honours degree in Mathematics, graduating from Cambridge University in 1985. He also gained a diploma in computer science at Cambridge in 1986. He made enough money from Elite to buy his father Colin a Rolls Royce to drive to work in!