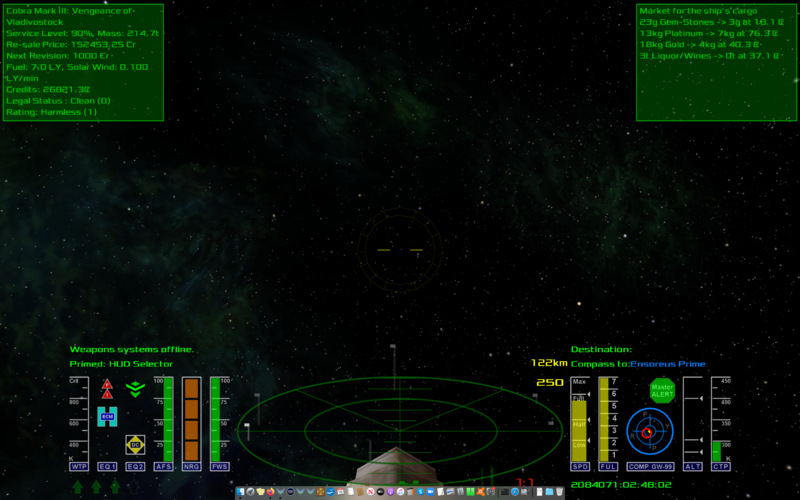 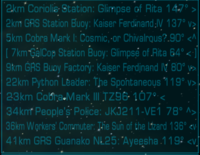 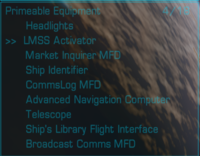 A multifunction display (MFD) is a small-screen (CRT or LCD) surrounded by multiple soft keys (configurable buttons) that can be used to display information to the user in numerous configurable ways. MFDs originated in military aircraft in the late 1960s (from Wikipedia).

There is a wide choice of MFD OXPs available in Oolite.

Other OXPs use an MFD to interact with what they do. These are included in the list just above, but repeated here in order of the OXP itself.

Note that MFDs (& HUDs) need to be "HUD Selector-compliant" for everything to work properly. See Add a MFD into HUDSelector

Note that Docked HUDs might interfere with remembering which MFD goes where.

The MFDs are defined by the HUD you are running. The number of MFDs, their size, position & colour. That is why there are now two different Vimana HUDs - one supporting 6 MFDs, the other 12 MFDs - and why the 6MFD Vimana has green MFDs whilst the 12MFD Vimana has blue ones!

Two issues: selecting which MFDs you wish displayed on your Viewscreen/HUD and which of the MFDs you wish to be active at the moment. Some HUDs have only 2 slots for MFDs (ie can only show 2 MFDs at a time), some have 4, 6, 12 etc.

Selecting which MFDs to display

eg to select BroadcastComms to communicate with another ship Just press the : & ctrl : buttons until your desired MFD is highlighted!