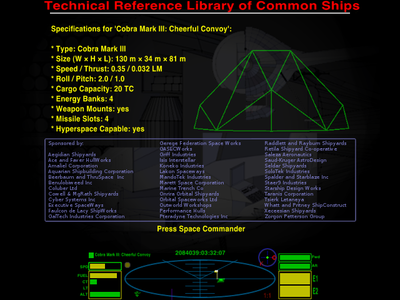 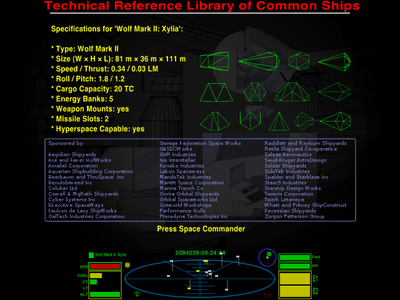 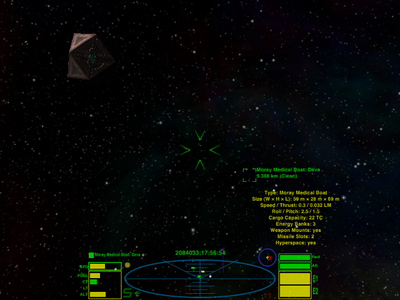 See Priming Equipment for more detail on shift-n, n & b

At the time that this OXP came out, there were a number who felt it was Cheating! After all, there was no such facility in the original versions of Classic Elite. This was despite the fact that (i) it was mentioned in Oofiction (see Drew Wagar's Oolite Saga) and that (ii) it is perfectly reasonable to presume such technology would exist in the future. As a result, when the Ship Library/View Ship Specifications was finally included in the Vanilla game, Spara sadly let this OXP fade into oblivion.