Jens Ayton was the second lead developer for Oolite, taking over from Aegidian around 2006/7 and surrendering the baton to Cim in 2013/4.

Jens refactored nearly all of Oolite's code inherited from Aegidian and effectively redesigned the game's entire architecture, making it 21st century ready and causing massive improvements in pretty much everything from performance to graphics to gameplay and so on. He wasn't just another programmer in the project, he was THE programmer in the project. This included introducing shaders, for better visual effects. He also brought in JavaScript for OXPs, allowing more sophistication. And he was a fearsome partisan for Yaw in the Roll vs Yaw crusades‎, introducing it into Oolite.

Hence the long list of Oolite versions (from 1.67 up to 1.76) over the first five years, as he bedded down all the various changes. These versions were unstable and Jens started talking of "the MNSR" (Mythical Next Stable Release (after Aegidian's 1.65)). Version 1.76 was his first stable release, coming out in Dec 2011, with a tweak (v1.76.1) the following May. Some of the then development team at that time (Aegidian, Kaks, Micha and another_commander) even met up in a pub in London with some members of the community, fully equipped with laptops and stuff and did the release from inside the pub in full celebration. Versions 1.77/1.771 (2013) were the last of the 'old-style' versions, and were also stable releases. Then Cim took over and rejigged significant portions of the code and the gameplay.

The author of Dry Dock for Oolite, the then premier post-processing tool for Oolite spacecraft models. 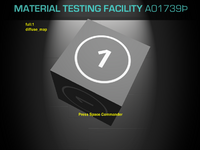