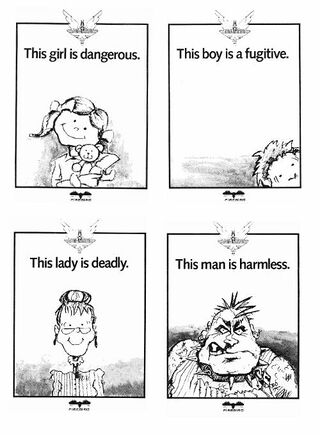 A central aspect of both the various Elite games and the Elite universe is the Elite ranking system.

The Elite Federation, an independent body linked to most of the major organisations in Galactic space, introduced the Combat Rating in a drive to spur pilots towards self-defence. The Galactic Co-operative, at the time stretched to the limits of the police force by pirate activity, fully supported this move, even introducing combat training into their flight training programme.

Over the years, the Combat rating, now more commonly referred to as the Elite Rating, has become an integral part of any pilot's spacefaring life. Various organisations and departments have offered perks to pilots who attain the top rank that has given the system its name. Elite combateers are considered to be honoured veterans amongst pilots and non-pilots alike.

Simply put, the Elite Rating is a ranking system based on how many kills a pilot has accrued. Recording devices in all weapons systems transmit a signal to the Elite Foundation containing visual images and transponder codes confirming each kill.

The Elite Federation has come under fire from human rights protesters in recent years due to their policy of not questioning what sort of kills are made. They will award kills to pirates and lawful pilots alike without issue. This has opened up many claims that they support piracy and terrorism. The EF answer these charges with the same defence every time: "...it is not our job to protect against lawlessness or to assign blame for actions beyond our control. Our job is to assign ratings. A pirate is still a pirate no matter what his Elite Rating - it is up to the police and the Navy to deal with their crimes."

The lists describe the available ranks and the kills required to reach them. All new pilots start out as Harmless.

When attaining a new rank, you will receive the message "Well Done Commander".

For every 256 destroyed ships you will get the message "Right On Commander".

See MSX Elite for an explanation of points: but depending on the ship you destroy, you get between 3 (Orbit shuttle) and 150 (Thargoid, Wolf Mk III) points.

Most traders could achieve a rank of Dangerous within about five years in space. Arguably, if a trader wanted the big profits, he wouldn’t last long unless he achieved a rating of that level. A great many pilots were Dangerous; it implied they were a seasoned space dog, ready for anything, though virtually all their kills would have been in self-defence.

Reaching the giddy height of Deadly required a lot more dedication. It meant a pilot had deliberately sought out danger, witchspacing into difficult systems and facing down fierce opponents; perhaps even taking on covert military missions. Deadly implied a pilot was not just a trader, but a fighter as well; going on the offensive, taking big risks. Deadly was a rank associated with advanced skills, a rank that indicated you were cut out for bigger things, that you might be ‘Elite’ material. It indicated a single minded fixation on killing for killing’s sake, a hunter, someone apart from normal society.

Elite, of course, is something else altogether.

The higher your Elite rating, the more famous you are - and the more NPC's will remember if for example you were a pirate at an earlier stage... (See NPC for more on this).

It can easily take 1-2 months of serious play to work one's way up to elite. More if one is not focused on it.

Imprint features description of the ceremony where Elite status was awarded to a pilot. This is set 20 years before Oolite debuts, and is set in the context of a battle against organised pirates.