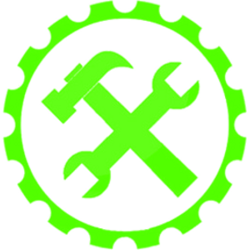 As any commander on the go knows, there is nothing more frustrating than having valuable and necessary equipment getting broken in-flight, usually just before you really need it. So the researchers at the Aquarian Shipbuilding Corporation's ships equipment division have taken the repair nanobots used on a large scale for station repairs, and adapted them for standard ship usage.

It also now provides a second piece of equipment - the fully mountable repair system. This is true ship's damage control, available to any ship that doesn't already have it built-in. It uses advanced repair bots to control and repair any broken equipment that happens on the ship in-flight.

As standard, the repair 'bots are packaged in a small container which is specially designed to keep them dormant until their services are required. Due to Galcop rules this container is not allowed to be stored within the vessel itself, so the standard solution is to mount it on an empty missile pylon, with the added bonus that the standard missile arming and launching sequence can be used to activate and release the 'bots.

When activated the 'bots perform a scan of the vessels systems, and by comparing what they find with their in-build blueprints they can identify which (if any) system or systems are damaged. From this they will select which item they want to repair (this is limited to a single item as a further Galcop mandated safety measure to prevent runaway replication) and proceed to attempt work on it.

Please note that whilst these useful little creatures won't stop to take coffee breaks or chat-up the pilot's girlfriend, they are only as reliable as their in-built blueprints. So for more complicated systems and for some variant items sold by various companies, there is a chance that they will not be able to fully repair all items before their mandatory limited lifespan expires. In this case the usage of an additional cannister or two of 'bots may assist with the problem.

Now featuring a lovely new pylon icon for the bots, courtesy of Eldon.

STOP-PRESS! - following some heavy lobbying by the transport haulers oonion, Galcop have relaxed their rules about storage of the nanobots. So the ASC are now very proud to announce the introduction of their patent Repair System. Built into the workings and systems of the customer ship, it automatically attempts to repair any broken equipment using its own supply of bots. No missile pylons have to be sacrificed to the gods of fixing stuff, but consumes one energy unit per second while effecting repairs, going dormant if there is only one energy bank available and re-starting when the ship has to two full energy banks again.

The new and improved repair bots have a chance to repair anything installed on the ship. Any OXP writer who wishes to alter this for their own OXP simply needs to add the line:

into their equipmentInfo.plist file entry for the equipment in question - replacing X with the numerical value between 0 (never repaired) and 1 (always repaired). If no such entry is made the repair chance will be based on the equipment's tech level.

Other OXPs can also temporarily inhibit Repair Bots from repairing an equipment through the use of the disabling/enabling equipment functions described bellow.

worldScripts["Repair System"].$disableEquipment(eqKey, who, why)
eqkey: string, equipment key
who: string, identifies the caller
why: string, describes the reason why the equipment is disabled

Removes the caller from the disablers of the equipment and if there is no disabler left, sets the equipmenty status to OK