Please note:   This Page is a work in progress: The synopsis of licenses is only partial.

License issues are important for Oolite.

Oolite is offered for free under the GNU General Public License version 2, with the data files (ship models, graphics etc.) dual licensed under both the GPL and the Creative Commons License.

The offering of the .oxp's is more murky!

Synopsis of the licenses used

Not too sure what to write here: needs a useful synopsis of each of the various varieties

When one uploads a new OXZ to the in-game Expansions Manager, one is greeted by the following text:

The licenses which people seem to use the most are:

The following have also been used: 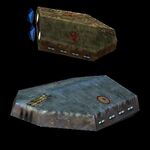 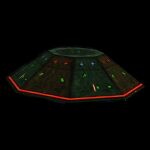 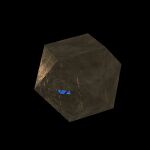 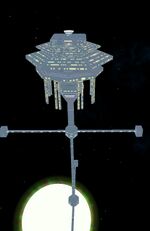 There was a general presumption held by some in the early days that any oxp's posted came under the same license as Oolite itself. See Hotrods OXP, where Arexack_Heretic argues that the Oolite license covers the oxp's too. Certainly, a number of people back in the early days understood that uploading one's oxp's to either of the Oosat repositories automatically meant that one was de facto licensing it.

There are problems with unlicensed OXP's. With the collapse of Oosat 2 in Oct/Nov 2006, the OXPs there were lost. When they were replaced, the ReadMe's which would have contained any licensing information were lost.

So a number of the early OXP's seem to have lacked licenses, and many others lost them (if they ever had them in the first place)!

This issue was then compounded during the Sung affair. Sung Mehta, in Germany, produced some absolutely spiffing ship textures. Two things happened. His retextures were uploaded to the resurrected Oosat 2 with minor modifications to meet the data limits, and he got upset. Then, he wanted to use them elsewhere for financial gain. A number of the more militant members of the Friendliest Board This Side of Riedquat raised a big hoo-hah and he ended up removing his work from Oosat and leaving in a huff in early 2007.

This led to lengthy discussions about licensing combined with various decisions being made by Ahruman and others.

Next there was the Lestradae affair, starting with Lestradae's creation of his mega-oxp, Realistic Shipyards. This was going to include everybody else's ship.oxp's and regularise them to make them compatible with each other and with Oolite as a whole. It became regarded as his "muscling in" by some of the other .oxp writers who then started insisting that he leave their oxp's out of his Realistic Shipyards! Again, matters escalated, and Lestradae ended up "resigning", so to speak, in Nov 2012. He argued that the real reason was the broken nature of his concept, but his reception by the then stalwarts of the community (who all seem to have since fled) could not have helped.

There are two important stages in this.
1) Initially, Killer Wolf refused to give any of his .oxp's a license.

These are just edited highlights showing KW's side of the debates - click on the links above to see more. Note KW's emphasis on community. And note that he never gave his oxp's licenses (despite a grudging willingness to do so if forced to).

2) Secondly, there was the later issue of KW's being chased out of the community. Killer Wolf started a new thread to discuss a new game, Sol Exodus (back in Jan 2012 - second half of this thread is here). It was hijacked (as so many threads are) - hijacked by some of the then leading community members. Killer Wolf took this badly (see second half of thread - and note the personally abusive reactions to him) and he ended up leaving - and taking down his oxp's from his purgatori website (and then later taking the entire website down).

3) So what is the status of Killer Wolf's .oxp's? On the one hand he gave everybody permission to adapt and publish them as long as he was credited in the ReadMe's. On the other hand, he left upset and took down his oxp's. On the third hand, that was then (2012), we are now, and his tormentors seem to have all left the community.
Update Killer Wolf returned in February 2022 and wrote this to Spara:

Introduction of the Expansions Manager

The Expansion Pack Manager was devised by Cim for Oolite v.1.80 (2014), and ushered in the move from OXPs to OXZs. When a new .oxz is uploaded a license can be chosen for it from a drop-down menu. One does not have to select a license, though... this remains optional (in line with Killer Wolf's views above?).

So there are now issues with applying licenses to older .oxp's which one might wish to publish on the Expansions Manager (see Galactic Navy OXP for an example). One work around has been employed by (eg) Spara & Montana05 who have created override .oxp's (which are licensed), and then publishing both the original and the override. Sometimes the override is just a "fix", at other times it provides new textures, etc.

Any and all use of The Product without express permission for each instance of execution will be classed as breach of copyright and fair use.

Standard recompense for breach of this agreement will be a fine of not less than £3000 per kilobyte of memory used. Should the memory usage increase to over 1Mb used, the copyright breacher will be required to pay damages of one (1) chicken tikka masala with keema naan (no rice) within 48 hours.

Should the copyright breaker still persist in this act for a further three occasions, the copyright holder will personally visit the abode of the individual and show them holiday photos on a mobile phone screen for a period of no less than seven (7) hours. This will be done on a day when the copyright holder's IBS is playing up and he has just eaten all the chicken tikka masala awarded for previous breaches of the agreement.

Hardcopies of this agreement can be found in the recycle bin at the Agency for Trade office on Tionisla Coriolis 3.
* check the initials...hee hee