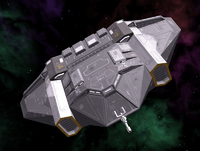 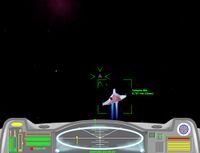 One of his Venom HUDs 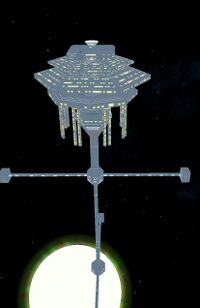 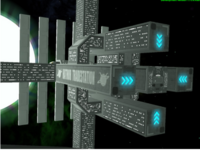 Killer Wolf joined our community back in 2007. He was very active designing Ships, Stations and HUDs up until he was chased away back in 2012.

His HUDs were the first dynamic HUDs, and some of his designs are truly beautiful.

The .oxp contains Vampires for police, pirates, traders, a player purgatori vampire & a player reaper vampire with a selection of HUDs

Dom HUD (an option with his Vampire Dominatrix.oxp, which also includes some test huds)
King Cobra HUD (has separate docked HUD's for the various docked screens)
Venom Cockpit (comes in standard, mahogany and walnut burr - in his Venom.oxp)
Wolf HUD (in his Werewolf.oxp: see his Dynamic HUD page above - 3 versions of this come as part of the Isis Interstellar OXP)

These are all named after ancient Egyptian goddesses

There is also another station lurking in KW's Wasps.oxp!

KillerWolf refused to give copyright to any of his oxp's (the ones above) unless he was going to be forced to. This was not because he did not want other people to use them, tweak them or use parts of them...

There is a context to this. There were two nasty debates on "the friendliest bulletin board this side of Riedquat" which took place in 2008-9. One was over Sung's shady ships, the second over Lestradae's mega-oxp's Realistic Shipyards/RS & Oolite Extended/OE. This led to much argument about licensing and the growth of a culture in which licensing became more and more important. Needless to say, not everybody agreed or approved. And KillerWolf ended up as one of the casualties.

This whole business led to an increased emphasis on licensing - and thus to creation of the Expansions Manager where the need for licensing is made explicit when one submits an oxp to it. 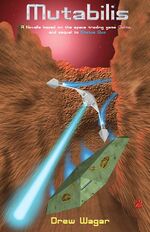 Drew Wagar was getting into writing novels - he had edited the Oolite anthology (Alien Items) and was halfway through what would become his Oolite saga.

There was a competition for the cover for his second novel, and Killer Wolf submitted an entry.