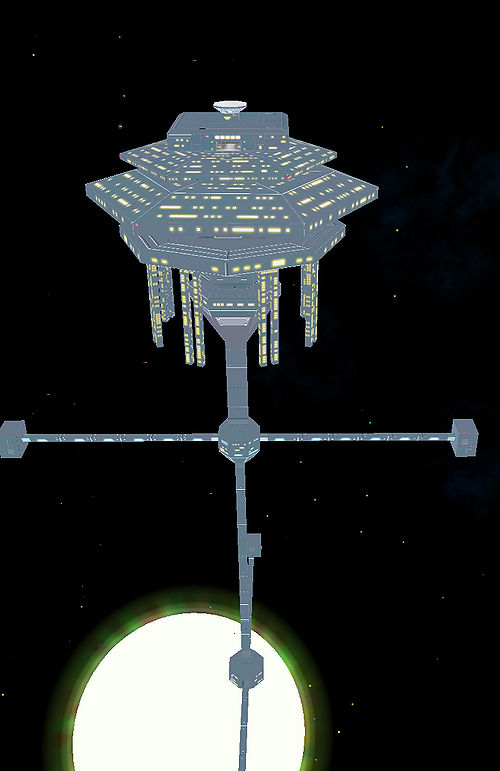 Three years ago, GalCop became concerned over a seemingly increasing number of reports involving incidents of collision and damage when large trading ships were attempting to dock or unload at the standard Coriolis or Icosahedron stations. To this end, it was decided that a new station design was needed, one that provided all the features and facilities of the existing stations but was capable of safely accommodating the largest of freighters. Isis Interstellar submitted a tender and was one of the five companies short-listed by GalCop to produce a fully working prototype. 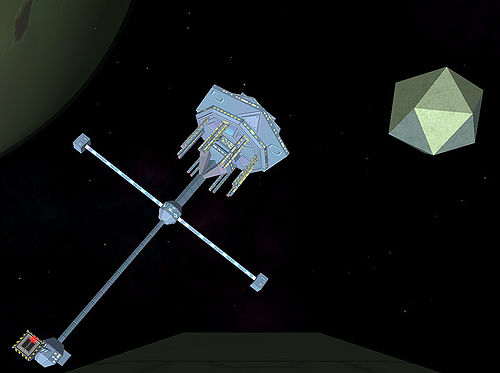 Early last year, the project was suddenly cancelled by GalCop, amid outrage from both traders and station personnel, and the companies involved in the competition. Two of the companies went bankrupt due to the expenditure they had incurred in production, and the resulting scandal is still reverberating amongst political and mercantile factions. Isis Interstellar, backed by the inter-global power of Isis International, was fortunate enough to survive the debacle, and the owner, Ms Gold, made the somewhat risky decision to complete production of the station. After successful space trials, the Nuit was brought online as an opulent, high class space port. 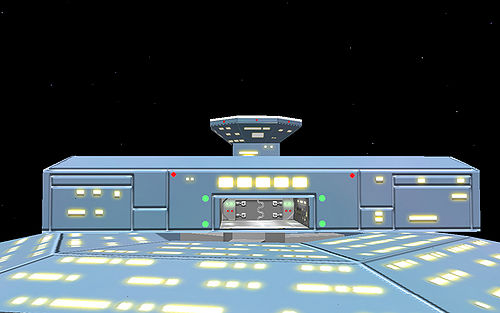 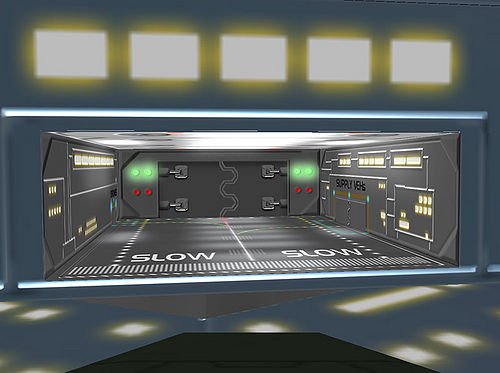 The counter-rotating rings are the main business and recreation areas. Luxury penthouse apartments, malls, casinos, restaurants, sporting complexes and entertainment areas offer everything from cinema and theater to zero-grav hockey and shooting ranges. The lower ring houses the "Pharaoh" class apartments, themselves an extremely luxurious standard of housing, but the upper ring caters to the elite of society, with the "Goddess" class apartments. More villa than apartment, these resplendent residences are a status symbol for every owner. 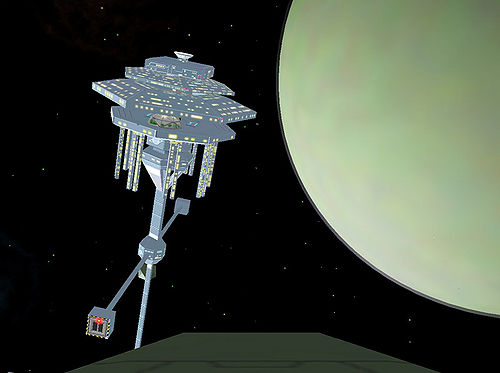 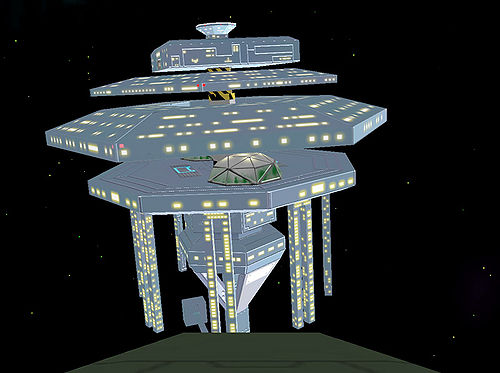 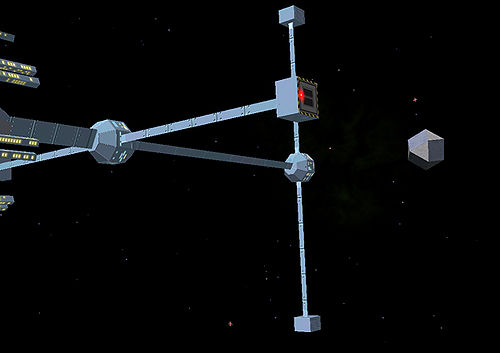 Following the unprecedented success of the station, Isis Interstellar has moved to full production status, and we are extremely proud to offer these stations for sale.

Nuit Space Stations could be found in tech-level 10+ systems with a Dictatorship, a Confederacy, a Democracy or a Corporate State government.
In rich industrial systems the Nuit is based close to the main station, in all other systems on the other side of the planet.

Since with every purchase of a station 8 Vampire Mark II-B/F are included, most Nuit Security departments are using these fighters as defenders.
Additionally, local GalCop space police will have a chance to add some Vampire Mark II-B/N to their fleet for a very reasonable price.

Thanks a lot to Killer Wolf for making this station available to the Oolite community.

Interested clients can arrange a visit to the Nuit Space Station by downloading and installing the following OXP:

added market and a populator script