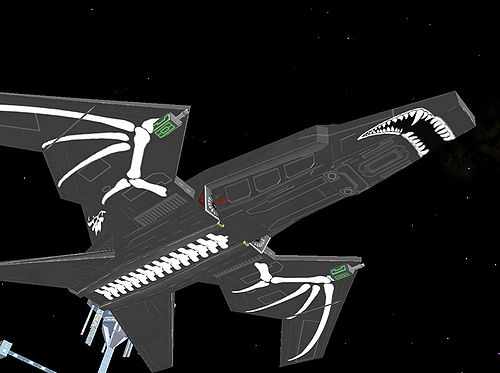 Continuing the pedigree of the highly-respected Vampire family, the new ship stands at the cutting edge of current technology and was born from a request from the Navy to design a new tactical space superiority fighter in the face of increasing Thargoid threats. The Vampire MkII has been a member of Navy squadrons since their launch, and have proved their mettle is several notable battles, but recent unsettling advances in Thargoid technology have left the Navy forces on the defensive and it was decided that a superior fighter was needed to level the playing field. In addition to space combat capability, the Navy required a ship with atmospheric abilities in order to execute operations in and around bases and settlements throughout the galaxies. The result was the Reaper variant of the Vampire Mk III. 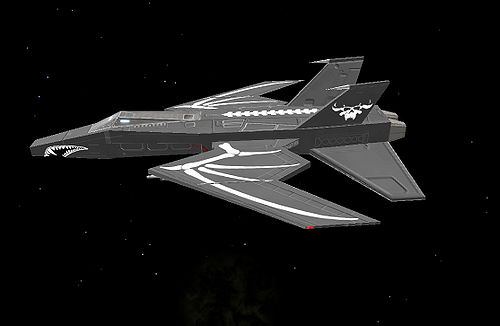 The MkIII represents Isis Interstellar's first foray into multi-cannon ships, and the Reaper is the no-nonsense killing machine of the family. A functional design of little more than armour and guns, the Reaper is fast and deadly. A standard military laser in the nose of the craft is now supplemented by additional military lasers housed under each wing. Inside the heavily armoured skin, the interior houses a massive power plant with a 7.5 Recharge Rating to power the guns and shields, providing more than adequate protection and killing power. In addition, the Navy has fitted their Reapers with Scanner Jammers, making them invisible to most detection systems. Following recent successful trials, the reapers are also currently being upgraded to include cloaking devices, making them truly a ship to be feared. The MkIII Reaper has seen extensive action on the front lines and the Navy has reported great success against the Thargoid forces, however further details of the engagements are classified. In addition to the Reaper, Isis Interstellar put into production several non-military variants of the Vampire Mk III. The flagship of the group is the Purgatori variant. 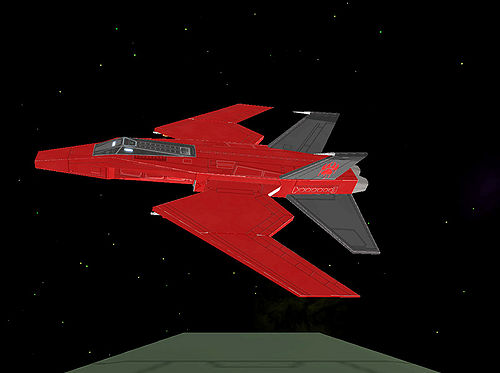 Used exclusively by Isis Interstellar ourselves, the Purgatori is a formidable ship in her own right. Boasting a main beam laser and two under-wing military lasers, the Purgatori is capable of carrying six missiles, has a top speed of 0.4LM and a 7.0 Recharge Rating. As w/ all Vampire MkIIIs, the exterior of the ship say a complete overhaul from the ceramic tiling of the MkI and MkII. In out second partnership with Griff Industries, armour and coach-working was completely overhauled, providing a slicker, more aesthetic hull armour which is both more durable and easier to maintain and replace. As part of our partnership agreement, a number of Dominatrixes were provided for the personal use of the Griff Industries company, enabling to begin plans to expand their endeavours into some of the more lawless parts of the galaxies. 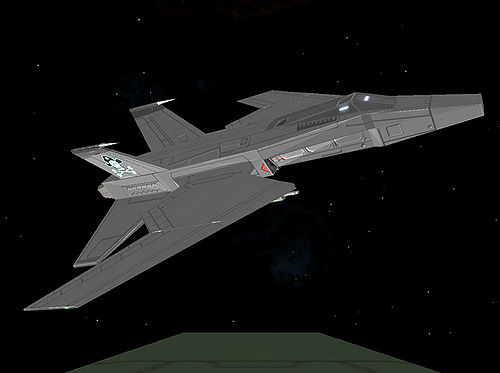 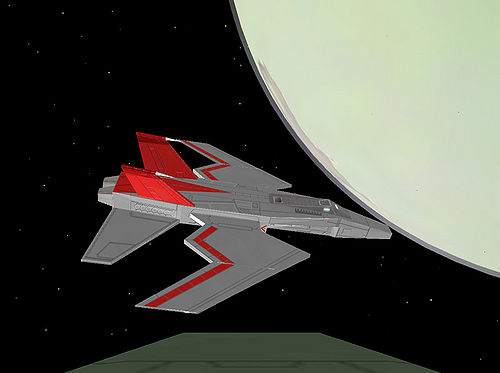 For the discerning pilot, the civilian Purgatori variant is an obvious choice. Tweaked to primarily fill the market niche left by the withdrawal of the popular Fer de Lance, the Purgatori makes an outstanding bounty hunting vehicle. A 6.0 Recharging Rate, a power rating of 500, top speed of 0.4LM, and better agility than the standard Dominatrix, yet capable of carrying the same weapons load-out, the Purgatori is perfectly suited to the more aggressive pilots. Extra power and engine fittings have reduced the interior cargo space to a 15 ton capacity but the enhanced capabilities of the craft more than make up for this. 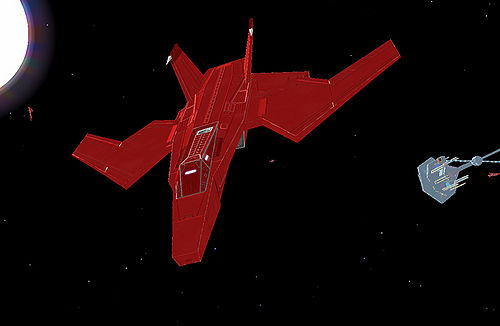 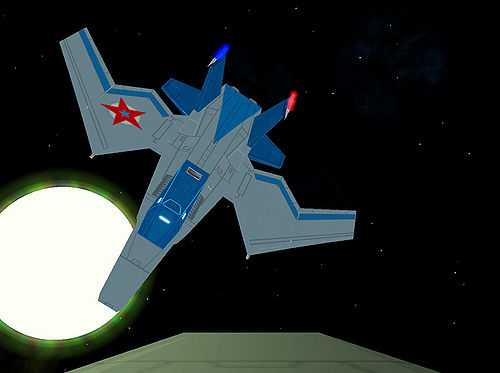 As with many of Killer Wolf's offerings, there is a choice of HUDs.

In many versions of this OXP the selected HUD is the Isis HUD, shown to the right. 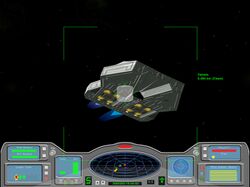 Depending on the recency of your OXP, there are also another two test HUDs (earlier HUDs) as well as the Dom HUD 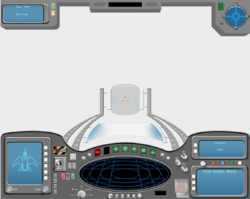 Note that all these HUDs are old. No MFD's, no docked HUD and no HUDSelector compatibility. To change HUDs you will need to tweak the oxp.