View this page in its original coloured theme

Isis Interstellar a subsidiary of Isis International, is proud to announce the release of their acclaimed ship, the Vampire MkII. 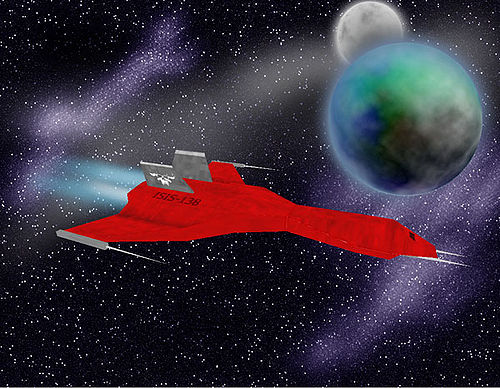 Originally launched a year ago, the ship – designation name Purgatori – has now been released for sale to the public. Designed around specifications and improvements demanded by Isis Interstellar's own CEO, Ms Sakkara Gold, the Purgatori has taken the worlds-famous Vampire Mk.I as its basis and improved on it to produce a craft that is sure to be one of the leaders of its class, and has already been named as Which?Space magazine's "Ship of the Year".

Three years ago, Isis Interstellar exploded into the space travel scene with the much acclaimed Vampire MkI. Combining speed, agility and atmospheric capability, the Vampire MkI was a huge success with both businesses and private traders. Boasting a top speed of 0.37ls, a power rating of 500 and a recharge rate of 4.5, the Vampire MkI gave traders the confidence and ability to take their 20 tons of cargo to even the most anarchic corners of the universe. 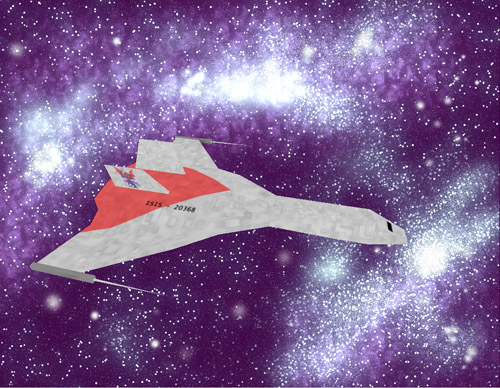 However, just before the launch of the Vampire MkII, Isis Interstellar was hit by a series of bad incidents as it became evident that the Vampire MkI was so good it was becoming a favourite of pirates. A critical incident occurred on Riedquat where a squadron of pirate Vampires attacked a convoy and evaded police Vipers by using their atmospheric capability to go planet-side, where the Vipers were unable to follow. Several colonist settlements were raided before the pirates made good their escape.

Determined to protect her company's image and the innocent traders of the space lanes, Ms Gold hit back in a number of ways. Firstly, all legally registered Vampire MkIs were offered a free paintwork update. This distinctive scarlet chevron was only available to owners of Clean rating and immediately indicated the ship's friendliness. Additionally, Isis Interstellar code numbers were assigned to the ships so that police could cross-reference the codes if suspicious.

Secondly, Isis Interstellar put a bounty of 500 credits on all pirate-owned vessels, making them an extremely attractive target. 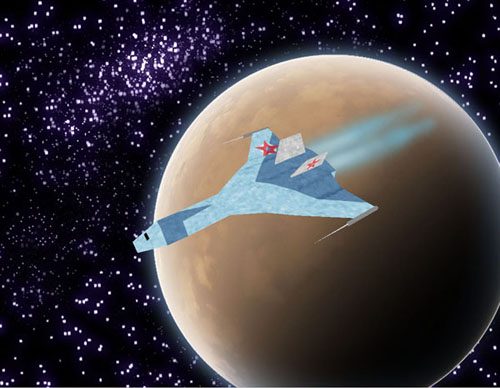 Reducing the unnecessary cargo space to a mere 5 tons provided ample space to upgrade the weapons and engines. As well as an extra missile pylon, the police variant boasts a top speed of 0.45ls, a power rating of 600 and a recharge rate of 6. The pirates' advantage of escaping into atmosphere was successfully negated. Lastly, Isis International went on the offensive themselves; the first MkIIs to roll off the production line were the formidable Reaper model ships. 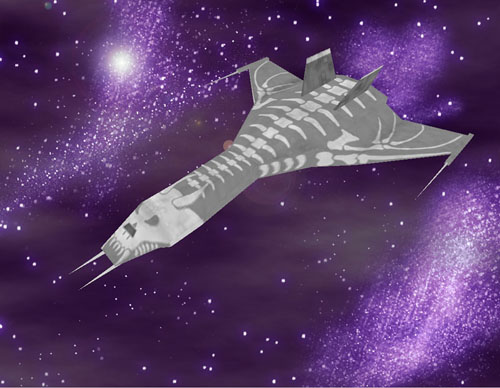 A stripped down, beefed up version of the Purgatori, this vessel was designed purely as an extermination device. Already far improved over the MkI, the Reaper had its cargo space cut to 5 tons in favour of killing ability. With highly-tuned engines that can push it to 0.47ls, a power rating of 625 and a recharge rate of 6, the Reaper is equipped with a military laser, ECM, fuel injectors, scoops and shield booster as standard. Tasked with hunting down and eradicating any rogue Vampire MkIs, the rarely-seen Reapers trawled deep space and were thought to be an urban legend until their presence was officially acknowledged just before the launch of the Purgatori. As a result of all these measures, Vampire MkIs are rarely encountered as pirate vessels. However, though they are usually in bad repair due to being high profile targets, they are still a deadly vessel and extreme caution should be observed if encountered. In the past few months, it has been rumoured that Reapers have been appearing for sale at several stations.

The blood red livery of the Vampire MkII is only the most distinctive feature of the new vessel. The redesigned neck and cockpit allow for a larger, more luxurious cabin and extra spacing for the weaponry energy plant, raising the weapon power of the standard Military laser rating to 30, over the MkI's 25. The standard high-performance Toyota VFF-138 engines have been overhauled and tuned by Furness Workshops, giving an improved top speed of 0.45ls, and are fully compatible with all current Injection systems. The added performance comes at a cost of cargo space – though slightly larger than the MkI, redesign has resulted in greater internals space but this has been taken up by the engine and power upgrades : as a result, the cargo holding remains at 20 tons.

As with the MkI, the sleek lines allow for only forward-facing weapon placement, however customer feedback has indicated that weaponry fitted to the flanks and stern of a ship are of little use in combat. Like the MkI, the Purgatori comes fitted as standard with the Wolf Designs dashboard, incorporating the HP-203 holographically-projected version of the local space scanner. The enhanced gun-sights, incorporating a contrast-improving overlay, have also been retained. 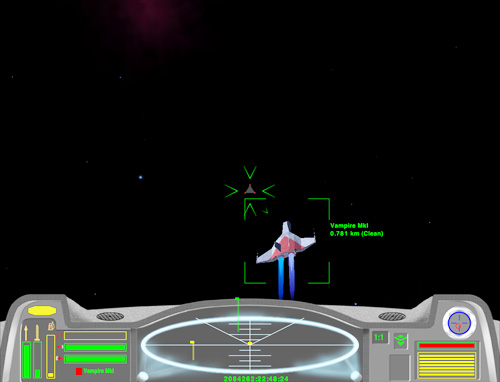 Ships available from all planets of Tech Level 9+.

The Vampires are available at: Vampires OXP.