Isis Interstellar are proud to present their latest spacecraft, the Vampire MkIV "Diamondback". 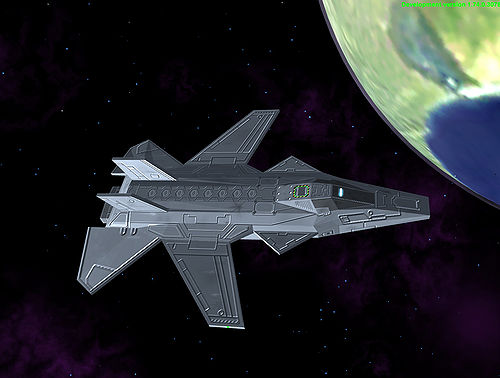 Following the tremendous impact of the Dominatrix, both as a military vessel on the Naval front lines and as a police vessel in GalCop's space lanes, Isis Interstellar was commissioned to design another Tactical Strike Fighter for the Navy. This vessel was to be used exclusively by the 138th Special Operations Aviation Regiment (Planetary & Interstellar), "Damage Inc.", based on the Tactical Assault Carrier, USS Orion. The 138th are the Navy's secretive special forces, carrying out covert (and not-so-covert) operations. Amongst their more public endeavours are the total annihilation of a pirate-occupied Coriolis station in Atmala, and the much-celebrated "Tanhauser Gate" battle last year, when a full-scale Thargoid fleet jumped into Lavebe while the majority of our Naval forces were engaged in Witchspace. A highly populated area, the planet was a prime target and although one Dodec station was destroyed and another extensively damaged, the timely arrival by Damage Inc. ~ who purely by chance were on manoeuvres nearby ~ saved the day. Although heavily outnumbered, the 138th were able to obliterate much of the attack fleet before the remaining ships retreated. The Dominatrix's abilities were singled out by the Navy as a major contributing factor to the victory, a fact that Isis Interstellar is very proud of. 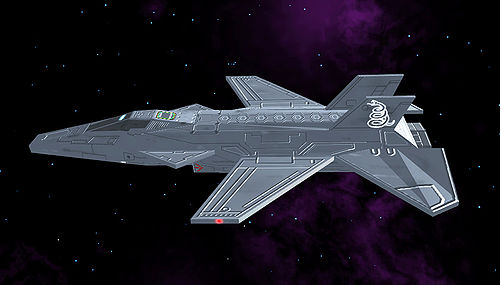 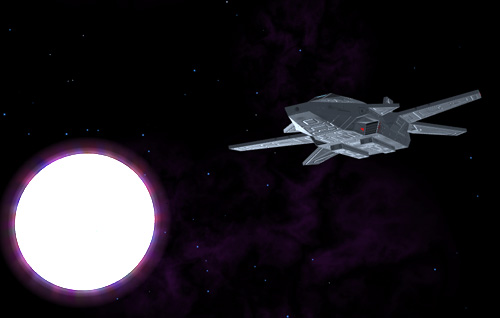 The decision to incorporate the guns inside the wing structure made them all but impervious to incoming fire, however this design raised problems of its own, in that the cool-down operation of the weapons was severely compromised ~ use of additional Military Lasers was impossible. After long discussion with the 138th, a compromise was agreed upon; the two additional Military Lasers of the Dominatrix were replaced with four Pulse Lasers on the Diamondback. Although not delivering as much instantaneous killing power, the combined impact of the four Pulse Lasers along with the nose-mounted Military Laser delivers enough of an onslaught to be a major problem for most vessels. 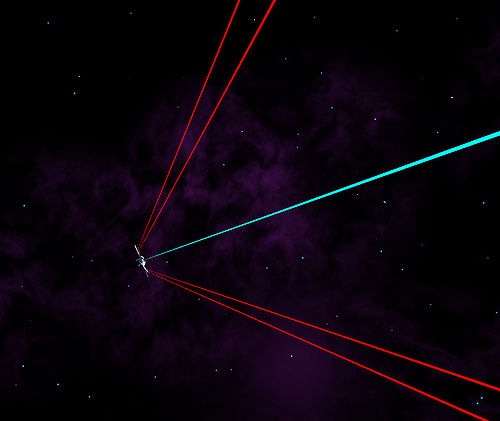 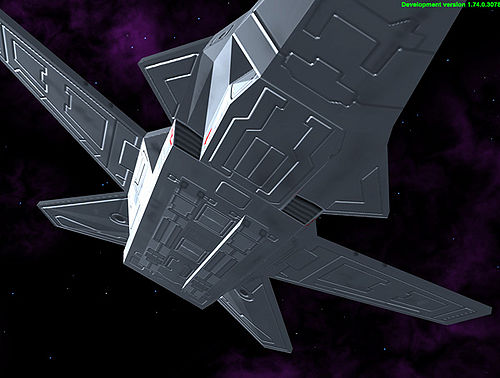 During the initial stages of construction of the first batch of approved Diamondbacks, our Research & Development division came up with an enhanced cooling system ~ although still not capable of supporting Military Lasers in the confines of a wing structure, the improvements were sufficient enough to allow two of the Pulse Lasers to be upgraded to Beam Lasers ~ the SOAR eagerly accepted our modified design, the "Purgatori" model Diamondback.

The Purgatori model has a lower power rating but the advanced cooling system uses less power, allowing for a marginally higher recharge rate. The size of this new equipment means that the ship can only carry 6 missiles, but given the higher laser fire-power this is acceptable to the SOAR.

A civilian version of the ship has just been made available to the public. As per current GalCop legislation, multiple cannons are illegal on civilian ships, but Isis Interstellar believes the performance of the vessel means that the experienced combatant should not be disadvantaged by this. The removal of the weaponry and associated cooling and power devices means that the civilian Diamondback is capable of carrying 18 tons of cargo. The Purgatori variant is currently not for sale to the public. 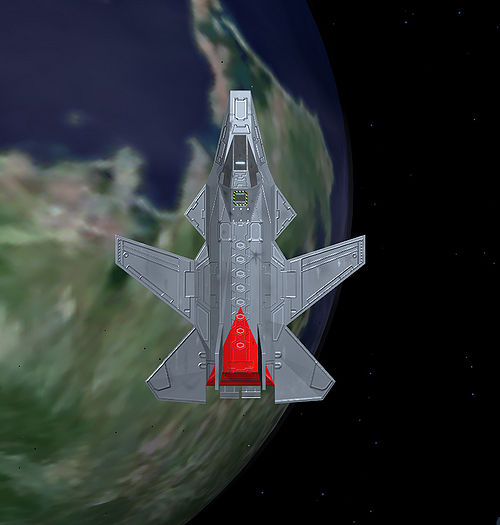 A further innovation in this new vessel is the DHS ~ Dynamic HUD System. In response to customer feedback, the standard HUD is displayed for normal in-flight operations, however under combat scenarios a modified HUD is displayed, showing only relevant offensive/defensive information and an enlarged scanner and compass display. 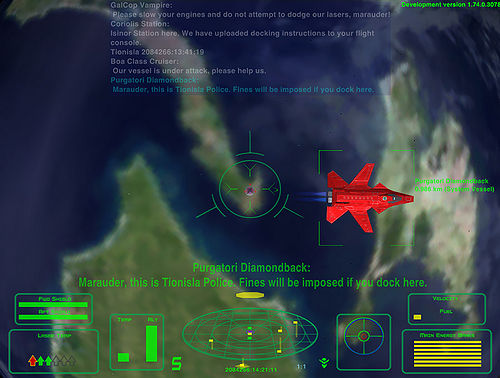 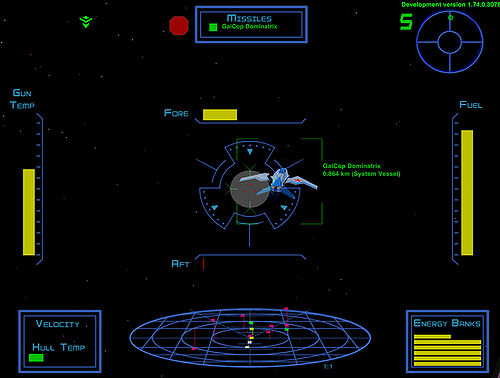 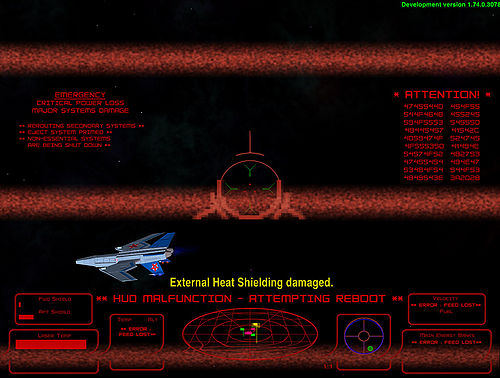 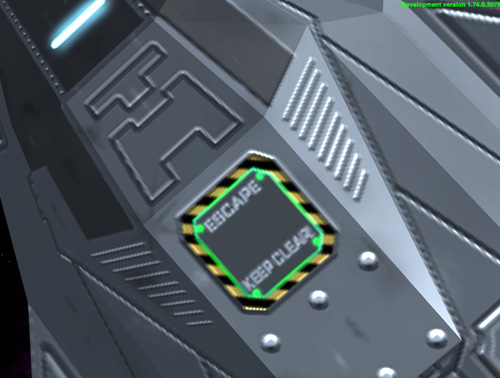 Enhanced CorCom computers are fitted as standard, ensuring safe and easy communication and trading for our customers whilst docked at any station. 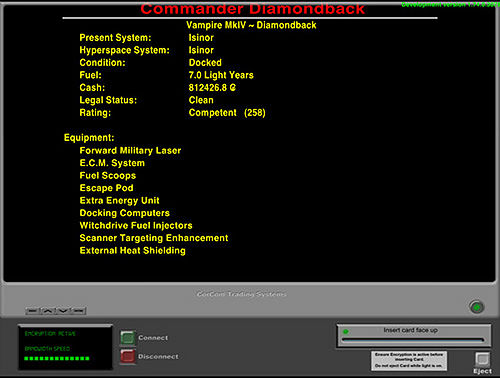 The 138th have already reported successful engagements for the Diamondback, both with pirates and Thargoids, and Isis Interstellar expects continued good relations with the Navy to provide ongoing enhancements and new vessels. Due to deteriorating relations between Isis Interstellar and GalCop, the MkIV Vampire will not be supplied as a police vessel.

The Diamondback is available at Tech 9+ dealers.

The Vampires are available at: Vampires - Diamondback OXP.