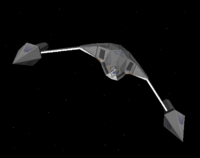 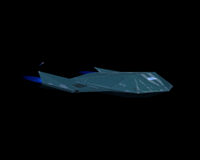 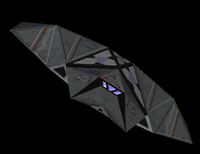 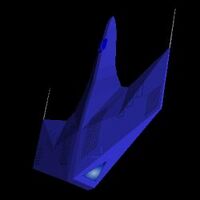 Based in Tionisla orbitspace, Seldar Shipyards are a garage shipyard with a history of taking existing off-limits ship designs and making them available to the general public. Currently, Seldar have made a big name for themselves as the supplier of Imperial Courier clones fitted with Quirium drives.

Vladimir Selezniy is co-owner of the Seldar shipfitting service based on Tionisla Coriolis 2. He and his partner, Darius Valente, tuned ships and fitted hull modifications for a living from 3122 to 3134. They were known mostly for their willingness to accept contracts to modify hulls. Rumours had abounded in the late 20s that they ran an underground 'chop shop', taking in stolen vessels and releasing them with a new paint job, transponder and radar signal. Investigations had revealed no evidence of this, and the matter was dropped.

Selezniy and Valente ran a very profitable business and it was not long before they raised enough capital to expand the business. They purchased a derelict Coriolis station and used that as a shipyard, where derelict ships could be towed and refitted instead of using a single docking bay on the Tionisla station. Following several attempts at improving the performance on many different ships, they hit paydirt in 3135 when their contracted towmaster brought them a major prize - the hull of an Imperial Courier.

Selezniy and Valente spent a year stripping everything out of the Courier and documenting the innards. It was rumoured that the Galactic Navy sponsored this initial work as long as they forwarded any information they found to them. This was never substantiated. Selezniy's drive was to find a way to fit a Quirium drive into this hull, a problem made all the more complex by the fact that the engine nacelles were so far apart.

Eventually, however, Seldar Shipyards managed the impossible - they figured out a way to modify an existing drive easily and allow it to be fitted. Along the way, they also developed a manufacturing strategy for the hull, allowing them to produce copies and sell their own range of Imperial Couriers.

The Imperial Navy were not amused by the release of the Seldar Imperial Courier and petitioned GalCop for its withdrawal. GalCop ordered a full investigation, ordering Seldar to hand over copies of the design and manufacturing specifications. Once these had been perused by the Imperial Navy, the complaint was withdrawn on the grounds that only the hull had been used - internally the ship was far inferior to anything that His Majesty's Navy could produce.

In the public eye, though, the Courier was a welcome addition to the fleets. It was large, it was pretty, and it was safe, since the engines were a fair distance away from the main ship. Servicing was a nightmare, however, due to the fact that an in-space maintenance run involved an EVA trip. This was more than made up for in terms of manoeuvrability and sheer power.

Seldar have also release a knock-off copy of the Terran Federation built Eagle Mk II fighter. They produce this in four basic colours, including a black special edition with improved speed and mobility. They are rumoured to be working on a few more developments from other organisations, and have a few custom designs up their sleeves.

Seldar have a test range near the Zaonce witchspace beacon, and the lucky pilot might find a few surprises there.

Seldar are a big operator now, and the Imperial Courier design has made Selezeniy and Valente very rich men. They now have a substantial workforce and look to be set to become a big player in the Galactic economy, rivalling perhaps Cowell & MgRath or Aegidian Shipyards.