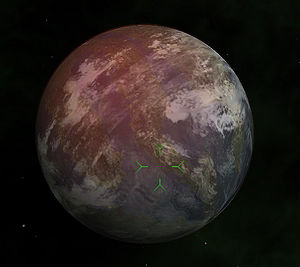 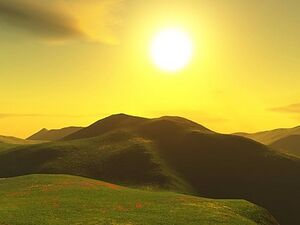 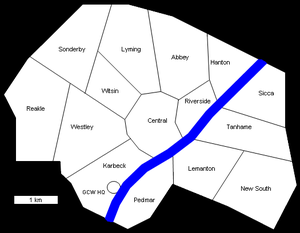 “Lave is most famous for its vast rain forests and the Laveian tree grub.”

What can we say about Lave? Everyone knows Lave. We all trained there. The outlines of her continents are burned into our brains, from endless hours above them doing our jumps-and-bumps. Close your eyes and you’ll see them still: the arc of Crater Bay; the juts and jags of the Fenric coast; the curling comma Suther makes, creeping over the horizon into the short Laveian night. Many of us dropped down the well to Port Arcadia, and spent too much money, and might still have the faded Et In Arcadia Ego t-shirts to show for it. Been, seen, done: now we’re up and out and we’re never going back.

Which is a shame, because Lave is an interesting world, socially, politically, and historically. Port Arcadia can be ghastly, it’s true: heaving with trainees blundering around on ups and downs from howffs and whorehouses, sinks and stews, singing, shouting, fighting and fornicating as inclination and anatomy take them. We were never like that, oh no; we were merry, true; high-spirited, and perhaps even a little rowdy from time to time, but...

Leave them to it, is my advice, and put PA behind you. There’s a lot more to Lave than flight training and juvenile debauchery.

For a start, it’s one of the oldest human settlements in the eight sectors, colonised way back in the twenty-third century. Ashoria, the planetary capital, positively reeks of history. Visitors with a penchant for the quaint can seek out the old Spacer Lodgings in Abbey district; those who value modernity over charm will find the best hotels in Central, or downtown in Karbeck, near Holdstock plaza. The seat of government, the Hermione, sits within the actual bays of the original colony ship, in the old Riverside area of the city. Although the hull’s graceful lines are crusted over now with offices and extensions, chambers and bureaucratoria, the Tyrant still rules from the Bridge and the formal entrance gardens still lead you to the main gangway. For any student of the history of human spaceflight, a tour around the Hermione is a fascinating voyage back in time. Trips should be booked well in advance, although it is sometimes possible to pick up a standby ticket if you get there early enough. The Museum of the First, just across the river on the southern bank, provides an enjoyable, though less immediate, introduction to the early colonial days. It’s free, too.

Inevitably, these official histories have been sanitised, and have little to say about the darker episodes of Lave’s past. The worst incident, when Idrian Ageddor of the Ten obliterated the Revanchist bastion with an asteroid bombardment, is of course mentioned – although Laveians today refer to it as “the Calamity”, and make the subtle hint that Ageddor’s crime was accidental. The truth lies buried in the regolith, and no-one is keen to disturb it.

To keep both eyes on the past, though, is to walk blindly into the future, and it is to the Laveians’ credit that Ageddor’s atrocity brought defeat both for the Revanchists and for the Ten. Appalled by the destruction, the armies and citizens of the warring factions rebelled, executed their leaders and instituted the governmental system which, with minor modifications, Lave enjoys today. The Empress looks down from her palace on Basta, the swift-running moon, ruling all, and interfering with no-one. Her loyal Tyrant presides over the self-electing Assembly, an easygoing, casual government which is content to devolve most decisions to the individual town Clatches scattered across the planet. Officially, Lave is a Dictatorship; officially, the Empress is all-powerful; officially, in her absence, the Tyrant wields her authority without check. But the Revanchist war taught everyone a lesson: “officially” is a thing of paper only – and paper burns so easily.

Other, later tragedies are those all-too-common sins of humanity: ecological and environmental destruction. Most of Lave’s dense jungle has been cruelly decimated, with vast stretches given over to monocultures of cash crops. In recent years however some attempts have been made to protect the remainder, and plans for reforestation are the constant talk of Clatch and Assembly alike. Promising results are reported from the Daphne Project, a conservation and breeding programme for the Laveian tree-grub. 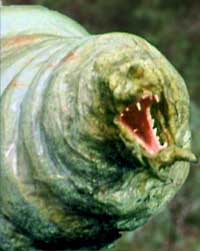 This mighty and iconic beast, pushed to the brink of extinction, is being re-introduced into the wild, in a joint effort between the human majority and the felinoid (strictly, leonid) settlement on the island continent of Suther. A protected grove of thirty sessile adult females produces up to three tons of juvenile grubs each year through artificial insemination: most are sold off-world to grace the tables of exclusive restaurants across the galaxy, which helps fund the project, but a small percentage are hand-reared to the third instar and released into specially controlled zones of Suther’s forests. There they hunt, and grow to massive adulthood. The females smash down clearings for themselves and take root, their barrel trunks eventually topping out the jungle canopy. The males, black and dun and mottled green, armoured in great bark-like scales, stake out their territories centred on these wife-trees. The rotting remnants of their many kills – aushers, engelots and sometimes even paraderms – enrich the soil, and bring the wife-trees to fruitfulness. Then roaring copulations shake the forest to its foundations, and soon a new generation writhes out of the mother branches to begin the cycle anew. Small tourist parties now have the chance to see, from the safety of a flitter, these fearsome predators in their natural state.

The Daphne Project gives some hope for Lave’s ecological future, and its success points out another aspect of the planet’s culture: the easy relationship which persists there between a multiplicity of races, creeds and cultures. “Wouldn’t rate a second look on Lave” is an expression we all know! Port Arcadia, of course, is perhaps the most cosmopolitan city to be found across the eight, but go anywhere on Lave and you’ll see a staggering variety of anatomies, physiognomies, pelts and pigmentations. Even the smallest towns provide a bewildering range of facilities and necessities, and if they can’t immediately cater to your needs most Laveians will make it a point of pride to accommodate you eventually. Lave may not be the richest, or the most advanced, or the most efficiently governed planet in the galaxy, but in this respect alone it justifies its status as the headquarters of the Co-operative, and this is why, officially – that word again – the Co-op Fleet owes allegiance to Lave’s moon-bound Empress. It may be foolish, it may be sentimental, but this is one veteran proud to have served in Her Imperial Majesty's Space Navy.