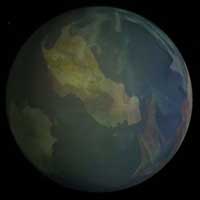 “This planet is a tedious place.”

Man oh man, who would have believed that just six words could shift a whole planetary economy? One word, really. It’s been over a century since the Co-operative published the definitive Register of Worlds, but that little “tedious” has been haunting Zaonce ever since it came out.

It took ninety years standard to compile the Register. Ninety years of official visits, editorial committees, reviews, complaints, boards of enquiry, threats, diplomatic incidents and at least one full-blown military exchange; megalitres of sweat, ichor, blood, tears, and pretty much any other biological fluid you care to mention were poured out in its compilation, and billions of credits spent. So why is it such a paltry collection of bald statistics, fuzzy orbital clips and some of the least informative one-line descriptions you could possibly imagine?

The Register was originally intended to be a comprehensive catalogue of every planet in the Eight Sectors, filled with metadata, hyperlinked to here and back again, constantly updated and built on a semiotic platform so fundamental that it would be immediately comprehensible to any sentient being. And then the compromises began. It was unfair to include olfactory information-cells, because only a subset of the insecta used them; illustrative material got boiled down to conform to the most basic visual spectra; and entire concepts were banned because they lay outside the ideological ranges of certain species. Professional, ethical and political disputes ensued, followed by swingeing budget cuts and drastic downward revisions to the programme. The whole procedure almost fractured the Co-operative. Eventually, after the grand Fourth Editorial had pared everything down to the utter minimum, the Register as we know it today was published and everyone has been bitching about it ever since – but no-one is willing to suggest revising or even updating it.

From the start the Corporation of Zaonce had viewed the whole project as a vast marketing exercise, but every attempt to insert information about their industrial products, or their trade facilities, or their service sector was stymied by the editors. Nothing they did met the editors’ exacting standards of universality. All they achieved, for all their arguing, threatening, lobbying and outright bribery, was to get their entry upgraded from “dull” to “tedious”.

The political fallout on Zaonce was huge. Four bitter Reorganisations and one cataclysmic Restructuring saw thousands of executives purged, their shares sequestered and their entire clans reduced to proledom. Out of the chaos a new Board emerged, led by the charismatic Maria “Challenge” Ventry, and they rallied around her new Mission Statement: FUN.

So: is it fun? Well... The first thing you see as you vector in towards the planet is the monstrous Hurricane Kev, dominating a huge swathe of the northern hemisphere – one vast, perpetual artificial weather system set aside for “the thrill of a lifetime”, where battalions of screamingly exhilarated tourists get to ride storms of firework lightning in total safety inside specially reinforced Morays. It’s a blast for the rubes, right enough, but weirdly flat and pointless for anyone who’s ever run through Raale with a hold full of hot wares and a tank full of fumes.

Get your feet on the floor, though, and things start to look up. The Zonkers are passionately serious about fun. If you like, you can surrender all free will to one of the many professional funsultants who swarm around the drop, and have them craft a total experience built around your psychological profile, your metabolism and your credit rating. It’s an expensive service but if money’s no object I say go for it: there really is so much to see and do on Zaonce that it can be a real boon to let someone else show you what you’d like. But if you have ethical or privacy issues, or you’re on a tight budget – or you’re just a cheapskate – then here are a few of the highlights: 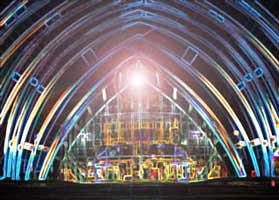 The Zaonce Aurodrome: a massive, million-seater globe arena where all the titans of popular music perform a neverending schedule of gobsmacking sets. No matter what your taste, you will find something there you like: the subsonic drooper-woofers built into every chair will see to that. Zanadoo Zoo: live a lifetime in one day as an Usleian Tree Ant, or join in with the songs of the Mariar forest chorus, or bound with the Tiinlebiian mountain slugs, all from the comfort of a neural entanglement chair. If there’s a subsapient lifeform that’s cute, or exciting, or otherwise notable, Zanadoo Zoo can drop you inside a perfect simulacrum of its sensorium. Fun and educational, too.

Chateau d’If: some people find this a bit unnerving, and currently it’s only available to those with mammalian brains due to compatibility issues, but essentially you get to be a god for an hour. Actually, all – all! – that happens is a cross-wiring of your mind, where your experiential centres and your perceptual matrices are bridged over, with the result that everything that happens around you appears to be nothing more nor less than the total expression of your will: all existence conforms to your desire, all the time, as you sit there doing nothing in perfect, perfect dribbly satisfaction. The comedown can be a bitch, let me tell you: I wept like a baby. But there are trained counsellors on hand, and the haunting afterglow of my ersatz divinity is something I’ll never forget. Don’t try it more than once, though, is my advice.

The Perpetual Party: pretty much what it says on the tin. Once the entrance fee is paid it’s an all you can eat, drink, snort, inhale, shoot up or otherwise metabolise binge, where everything is keyed just right so there’s a constant gloss of glee and nobody ever gets bored or antsy. A franchise operation, there are Perpetual Parties running in every hotel on the planet; you can fritter away your whole stay in one of these and never make it past the lobby.

So, again: is it fun? Oh, absolutely. It’s fun. Fun fun fun. I had a great time. I really enjoyed myself. Blew through a stack of scratch as tall as a treeoid and didn’t regret a single credit. But truth to tell I wasn’t sorry to see Ventry Entry dwindle behind me on the shuttle back to the starside. Zaonce tries so hard, it really does – and you can see them try all around you, all the time. There’s a constant background buzz of eager solicitous care and concern wherever you go, and after a while it gets a bit creepy. Still and all, I don’t think the Zonkers are too concerned about that. Had fun? Yup. Great! Next! Ka-ching! 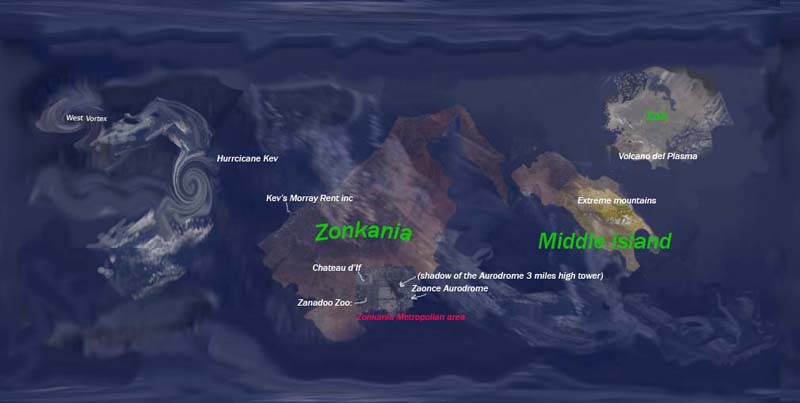