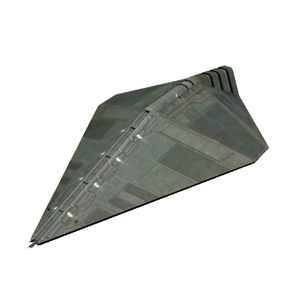 It’s the money, stupid, is what most people think. Sure, a Python is cheap, for her size and capacity. Less than half the price of a Boa, and a Boa really doesn’t outpoint a Python by much. And the blueprints are officially older than dirt, so the specifications are on file in every shipyard and manufactory from Laeden to Lequatdi. And they’re robust: oh my stars are they robust. Like a bottle of Old Dreadful, age just makes them stronger.

The secret is good design. Those Inerans know a thing or two about good design. In fact, I’d argue that in many ways the Python is the Perfect Ship. There are bigger ships; there are ships that are nimbler, faster, and more comfortable to live in. There are ships more fearsome, more dashing, more awe-inspiring and much more easy on the eye, but what a Python does, she does well.

Ask a dockhand: would you rather load a Python, or a Cobra III? The answer will be a Python, every time. The cargo racks are standard units, in a Python: each one takes five TCs and each one is easy to get at, and get into. (If you want to learn some exotic new obscenities, just cock your ear to a Cobra III’s rear when it’s being loaded, especially if it’s fitted with a cargo expansion: dock-jockeys just love tripping over those hilarious little zig-zag ledges with a grapple full of freight.) Thanks to the simple genius of a Python’s bay layout, you can flow loads in and out simultaneously: I’ve seen a Python drop seventy TCs and stack eighty, all in less time than it took the same crew to pack ten pods into a transport shuttle. On top of that, any cargo that’s been scooped gets neatly racked by a salvage system that can swallow just about anything without having to chew on it for a damn age (Cowell & MgRath, I’m looking at you!).

Ask an engineer: would you rather run maintenance on a Python, or on a Boa Cruiser? Again, the Python will be the professional’s choice. Battle damage aside, there’s not much that ever breaks on a Python, and there’s not much that does that can’t be clapped back together again with a spanner and some polycarbon bonding gel. Plus - speaking as a Leonedan, this is key - in a Python, it is actually possible to reach every essential part of the ship without being a triple-jointed midget. Not that you have to, too often: Pythons keep on going. It’s easier to stop a Riredi mountain slug than it is to stop a Python. I’ve seen Pythons pull in with one engine bleeding plasma, or with half the outer hull gone, or worse. I have, myself, ridden a Python with a crack right through its drive train. On any other class of ship the only solution would have been to get out and push, but the Python kept on rolling. This is, I suspect, why some people - coughJamesonscough - think that Pythons are mostly clapped-out junkers, because they never see any other ships around that are so beat up. But that, of course, is because any other ship that got hurt half as bad would have slipped its pinch-field and gone big bright bye-byes, way out in the deep. A Python will carry you home, if you let her.

Don’t expect anything by way of crew comfort, though: the quarters are cramped and the bunks are narrow and the galley can do stewed or boiled and very little else. A Python is a working ship, not a pleasure barge. I did hear once of a commander from Arxeza who claimed to have a swimming pool fitted - but it turned out to be his own berth, flooded, with a gravity plate welded to the far wall to keep the water in. If you kit your Python out with cabins, don’t expect to carry passengers with the least pretence of quality about them: folks who travel on board Pythons generally aren’t expecting white gloves and dinner at the Captain’s table. I’m not recommending that you hop a Python and look to tussle, either. If you’re on your ownsome, and a pack of bandits jump you, I advise you to shed your cargo and your honour rather than make any kind of fuss about it. The Python is a child of a better and a gentler age, and isn’t what I’d call spoiling for a ruckus. Which is not to say she’s easy meat: there are more than enough Blackdogs on the prowl to underline the truth of that.

And that’s my final point: the sheer versatility of this aged hauler has given rise to the Python Clipper, the Courier, the ET Special, and the Cruiser (although some would argue that this last variant is really another class entirely, it’s built on the same solid Python keel). What’s the reason? Because it works. That could be the Python’s motto - I won’t say epitaph, because she’s a long way from needing one - but you could paint this on the flanks of every Python going: It. Just. Works.