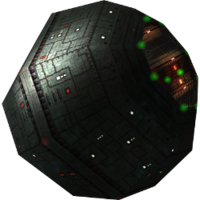 Naval Academies (an alternative to the civilian "Lave Academy").

The flight training school at Lave is far far away for a poor shepherd boy from Aquusen in Galaxy 3. He went on to found the Galactic Cooperative of Worlds. In honour of his memory the Galactic Cooperative recently opened a naval academy at his home world, completing the GalCop academy expansion program. Now anyone with the talent and desire can find a naval academy within their region of their galaxy.

In total, GalCop has now accredited 8 academies in each of the 8 galaxies. The academies usually share historic connections that predate the establishment of GalCop. Within a given galaxy the accredited academies are found in systems that share the same political constitution. Political stability concerns have prevented the accreditation of any academies in Feudal or Anarchy systems.

The 64 GalCop naval academies enjoy reciprocal arrangements so that as a graduate of Lave Academy you can utilize these other facilities gratis.

Dr Beeb suggested back in 2009 that there should be lots of Academies dotted throughout The Eight, unlike the single solitary Lave Academy as originally devised by Thargoid. He rejigged the .oxp and created an entire lore which this page has links to. The flavour of his academies is naval, rather than civilian, when you read his writing you will see his academies are aimed at training pilots for the Galactic Navy.