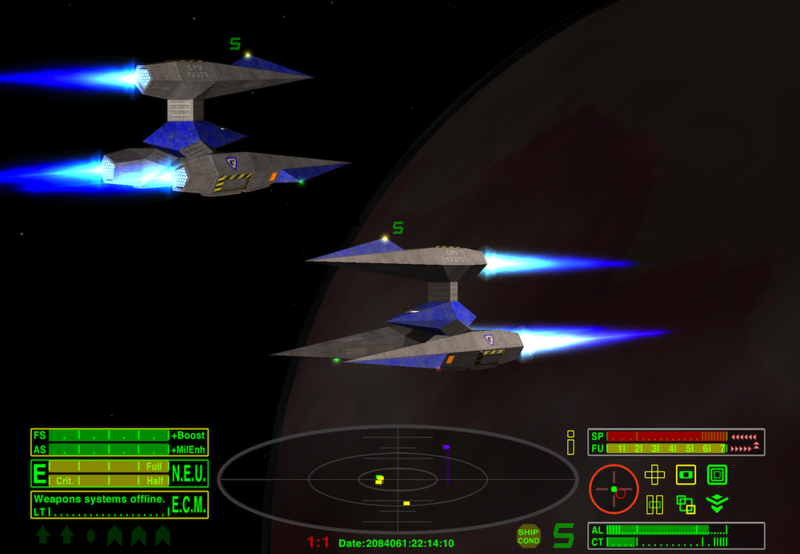 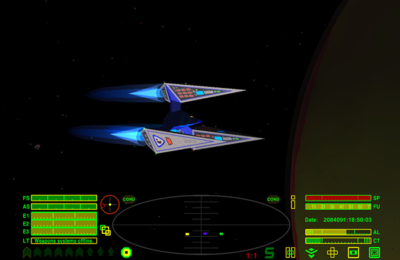 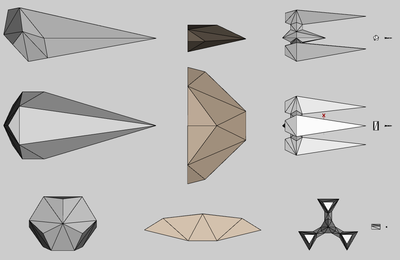 Size comparison: an Anaconda, a Cobra Mk.3, a Pitviper Mk.I, a cargopod and a missile.

What the Boa II is to the trader, the Pitviper is to the bounty-hunter. This corvette-class ship is the result of a joint venture between the Riredian Government and the Coluber Works and Shipyards Ltd. The HQ of the company is located in the Riredi system in galaxy one, and so they have very good connections to the local government.

The Pitviper is a straightforward combat vessel, a bounty-hunters dream. (And thus a pirates nightmare, of course).

A special characteristic of the pitviper is its forcefield-reinforced hull. This, together with the special design of the hull, enables the pilot to attack by ramming other ships. But be careful! If the speed is too high (or the opponents ship is really big), even a reinforced hull may break.

The military version Pitviper Vindicator is not available on the civilian market. This version has no cargo capacity, but can carry up to 27(!!) missiles. Its' main weapon is a reinforced military laser. This proprietary development of the Riredian navy has 30% more penetrating power than a common military laser and is also not available on the civilian market.

If you are lucky, you may get an offer to buy the Pitviper Beast, a special edition of the Pitviper. Coluber has gained an exceptional permission from the Riredian Government to equip a small amount of Pitvipers for the civilian market with the military engines and energy banks of the the "Vindicator" version. Of course, these vessels are rare and quite expensive.

Like the original pitviper, the Mk II has a forcefield-reinforced hull. Additionally the Mk. II has a cutting blade ("daisycutter") on each fuselage. This enables the pilot to attack other ships by ramming. But be careful! If the speed is too high (or the opponent's ship is really big), even a reinforced hull and a daisycutter may break!

In the Riredian culture and religion the numbers 3,6 and 9 are very meaningful and this circumstance had great influence on the design.(E.g. the Pitviper Vindicator can carry 27 = 3*9 missiles; 9 energy banks; 3 engines; etc.)

The Pitviper comes with its own specially Coluber-designed HUD. You will notice that following the Riredian prediliction for trinities, that the HUD is split into 3 sections from left to right. And that both left and right-hand sections are further split into 3 vertically. It is rumoured that Coluber's engineers spent many fruitless hours attempting to further subdivide the IFF Scanner to achieve a perfect trinity of trinities, but their efforts proved unavailing.

If you want to use the CPV-HUD, unzip the .oxz and just edit the shipdata.plist and delete the two slashes in front of the line "hud = cb68_cpv_hud.plist. Or just put the stand-alone-version of CPV-HUD into your addons folder.

To give a better understanding of the Pitviper's true size Captain Beatnik made a comparison-chart containing an Anaconda, a Cobra3, a Pitviper, a cargopod and a missile.

Docking can be an issue, as the more circular nature of the Pitviper means that there is less space at the top and bottom of the regular docking bay. 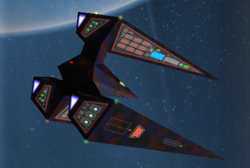 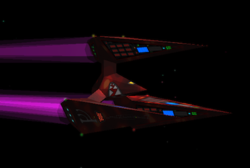 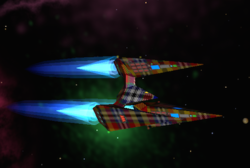 Maxwell D. Fishhead XXV, a black furry feline from Diso, commands the Pitviper "Firewizard".
Maxwall himself claims to be a tomcat of independent means who became rich at the 4D-roulette tables while others insist he became rich by smuggling firearms, medicines and even dissidents for the rebels on Leleer during the last civil war on this planet. Both could be true for he is an excellent spacepilot and an excellent gambler as well. Fact is, he won the Firewizard in an epic Lave-fold-em pokermatch.
Though Fishhead may be a smuggler, apart from that he definitely is a tomcat of high ethical standards. On his travels he has rescued more than 50 souls found in distress at space and never accepted a reward for it.

Filgafel Saramant the Younger, oldest and only son of Filgafel Saramant the Elder, despot of Atriso, commands the Pitviper Beast "Shining Star of Atriso".
Well, in fact he does not really "command" her. To say he tortures her through open space describes much better what he does. Filgafel is an absolutely inept pilot. But that does not matter much since he is the son of the despot and thus always has more than enough escortships with him that keep the spacelanes clear.
Because money is no object for him, he can afford to be a bit gonzo: The entire vessel has a coating in a traditional weave pattern made from the finest furs of the Tibionisian deadly goat. Weird, isn´t it?

This OXP was developed by Captain Beatnik.

Thanks go to Thargoid, Killer Wolf, JeffBTX, Wyvern, Smivs, Griff and CommonSenseOTB. I have learned very much by studying their work. Special thanks go to to Maik and Diziet Sma for the help with this wiki and testing the OXP.

This OXP is licensed under the Creative Commons Attribution-NonCommercial-ShareAlike 3.0 International License (CC BY-NC-SA 3.0).