Please note:   There is as yet no wiki page for the other 3 racers (Red, Black & Yellowbelly): see links at page end for details on them.

The Coluber CB-70333 "Blue Racer" is a medium size cargo ship, a further development of the good old Python. The ship is being developed and produced by the Coluber Works and Shipyards Ltd. located in the Riredi system, Xexedi cluster in galaxy one. After the industrial property rights for the Python had finally expired in 2807, Coluber Ltd. decided to use this tried and tested workhorse as basis for its first own ship design.

The Blue Racer has 30% less cargo space than a Python, but overall - except for the number of energy banks - better stats. This makes the Blue Racer more suitable for a role as multi-purpose ship. It is fast, maneuverable, and armed well enough to defend itself against pirates without the help of escort ships. The flight, weapon, and navigation systems of a Blue Racer are mostly widely automated so it can easily be handled by a single pilot. Nevertheless the standard crew consist of a pilot and a flight engineer.

A special HUD design for the Blue Racer is included:

At the moment there are two variations of the standard Blue Racer that are worthy of mention. The first is a less welcome one, the Buccaneer Blue Racer. This version is used by some veteran pirates. If you have bad luck and encounter one of these red- and orange-painted Blue Racers (well, you know pirates - and even veteran pirates - seldom have an eye for colors), you should ask yourself: "Do I have an iron-assed ship and need some challenging target practice or is it the better choice to jettison my cargo and run?". You can absolutely be sure that the pirate flying the Buccaneer Blue Racer HAS an iron-assed ship!

The second variation is the Riredisec Blue Racer. Riredisec Inc. is a well established transport company that is specialized in the transportation of larger quantities of gold, platinum and gemstones. Of course this makes the Riredisec Blue Racer a rewarding target for a pirate attack. Even so a Riredisec Blue Racer is only very seldom bothered by pirates, because it is widely known that it is always escorted by a full squadron of heavy fighters flown by experienced veterans and it always carries a least one q-bomb. ALWAYS!

Captain Leo T. Eccles and flight engineer Atou Bedidiso formed one of the first crews on a Riredisec Blue Racer. This crew came to some fame because Eccles and Bedidiso survived a massive, coordinated attack of 15 pirate ships in the Gelaed system. After eliminating the three escort ships, seven remaining pirate ships moved forward to the Blue Racer flown by Eccles and Bedidiso for the final kill. But while the pirates were busy with the escorts, Bedidiso had managed to transfer the high-energy fuel from three missiles to the ship's fuel tanks. Then they put everything at stake and Eccles activated the fuel injectors. For a short period of time the high-energy fuel produced enough thrust to be faster than the fastest pirate ship, but also a rapidly growing risk of overheating and an engine explosion. But they were lucky and as their ship came out of masslock range with almost ruined engines, Eccles activated the jumpdrive and they escaped.

Finally they reached the station aegis and delivered the cargo - three tons of platinum - safe to its destination. After this incident Riredisec general management decided to equip every of their cargo ship with at least one q-bomb. Eccles and Bedidiso are still on duty for Riredisec Inc. And in the space bars there is still the tale of the two to be the first crew that ever flew a fire-ass ship. Well, I think Eccles and Bedidiso never were very happy about that tale and if you ever happen to encounter the two veterans in a space bar, it is a wise decision not to hint at it. SPACE magazine

It is rumored that some members of the Fist of Alecto, a secret society of bounty hunters, fly a special version of the Red Racer that is invisible on normal scanners. But if you ask me, those stories about unscannable ships are the same seaman´s yarn from the spacelanes as the stories about the deadly wonder worm or the mystic queen of the trumbles. SPACE magazine 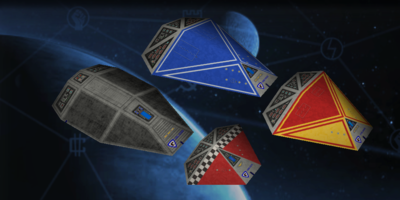 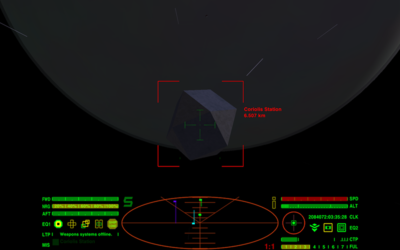 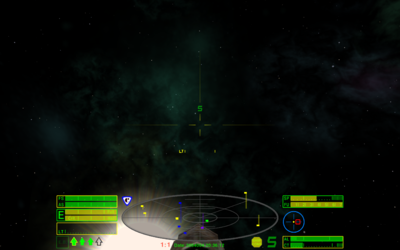 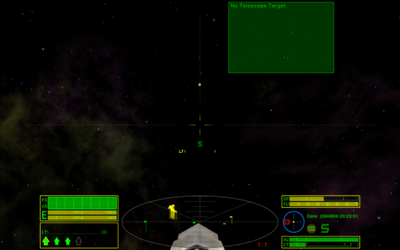 The Blue Racer is part of the four-fold Coluber.oxp.

The Coluber CRR-5375 Red Racer is a fast, heavy long range fighter. It´s primary field of application is to act as escort for cargo ships that want to visit political unstable systems. The Red Racer is something between an Asp MK 2 and a Cobra MK 3. Faster than a Cobra, but slower than an Asp, more cargo capacity than an Asp, but less than a Cobra. This ship has VERY good dogfight abilities and can be equipped with strong shields. Thus is quite popular with pirates and bountyhunters alike.

The Coluber CYR-30350 Yellowbelly Racer is a armored multi purpose ship, a good choice for a lonewolf trader. It has less cargo capacity than a cobra 3 and only two gunmounts, but more energy.

The Coluber CBL-50369 Black Racer is a mid-sized transporter optimized for solo blockade-runner missions. It has a large supply of both energy and missiles.

The Black Racer is equipped with the newest gimmick developed by the white coats in the Coluber labs: A permanent eccentric action attitude control system. What does that mean in practice? In short, that means that the mass projectors of the attitude control system generate a virtual mass centre that is located OUTSIDE the ships hull! This has the effect, that the target-tracking systems of most enemy ships have extreme difficulties to keep track of a Black Racer slowly spinning around the virtual mass centre. This will significantly reduce the number of hits a Black racer takes when attacked by a bunch of pirates.

Unfortunately the new attitude control system also produces some negative side effects: One is, that it has the price of some maneuverability. Although much smaller, a Black Racer behaves much like a Python in flight so it is definitely not suitable for close range dogfighting tactics. (On the other hand, it is VERY suitable for sniping at maximum weapon range.) Another is, that it is VERY difficult to dock a Black racer manually. It is STRONGLY (in fact VERY STRONGLY) recommended that you practice the docking maneuver in the flight simulator BEFORE you get in a situation where your docking computer is out of service.

Another remarkable features of the Black Racer is a new type-II superconductor main bus to the hyperdrive that reduces the hypermotor spin time to 10 seconds. This is very useful if the shields are down and you want to jump out of a critical situation.

Last but not least I have to bring up that the Black Racer does not really need additional heat shields as it has a hull built with heat insulating materials.

A Black Racer is one of the ships you will either love or hate to fly. There is nothing in between.