The Fiddlers green of sector 2 owes it's name to the ancient space fairing tradition of the travellers rest.. Mythologically, Fiddlers Green is the particular shade of heaven or hell reserved for space fairing combatants; Indeed the thought of Heaven or Hell have often been something of a thorny subject with commanders who live by the sword. Some would argue that this probably created a spiritual need for a place like Fiddlers Green to exist, in the minds of spacers for who dutiful action, could conflict with spiritual purity.

The great poet and bounty hunter Metosh Corobosh spent the better part of 30 years researching Fiddlers Green and it's off world comparisons. Penning not only a galaxy spanning thesis on the subject but over 120 poems based on this Elysian like land. To quote a translation of the great poet himself:

When laser err from sight my son,
my armor riven clean.
So there a place to lay my gun.
Aside by Fiddles green.

Where honored friends and foe alike.
Drink whole and toast the air.
By virtue, death and willful spite.
Shall find the hallowed there.

How this sector obtained this mythical name owes more to the political dynamic of the region that any spurious idea of the after life. Topographically, this is an incredibly well sheltered region. Access is restricted on the one side by a triumvirate of communist, colonial human industrial worlds and on the other, by long jumps into four closely packed mid to high tec systems.

Within the sector itself there are one or two fairly safe and reasonably profitable runs. Generally though, most worlds within the green are agricultural, presenting a plethora of pleasant lands to be enjoyed. All in all, an excellent place for any space fairer to spend their twilight years.

It is generally known that if you need to find an old captain (and he/she/it is not entombed in Tionisla) then they'll either be somewhere within Fiddlers Green, or at least three people there will know where they are. The right place to listen to old stories but the wrong place to start a fight. 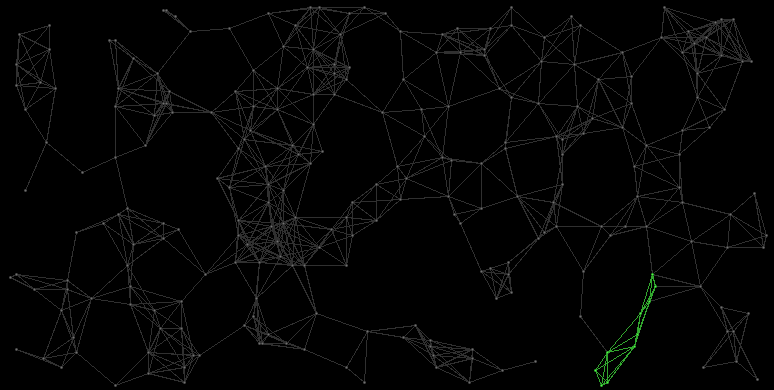