Like many things in the 8, The Fertile Crescents' name only hints at the true nature of the region. It is true, that a high proportion of the worlds within, are agricultural to a greater or lesser degree. It is also true that few commanders working within it's bounds live much beyond their first five years of trading. With the profitable runs (such as they are) also being the most dangerous, this deceptive region has an incredibly high ration of lawless worlds to ordered ones. Topographically it is a wonder anyone bothers to go there at all. Long fuel draining jumps into the crescent link to Anarchic or Feudal systems ONLY. From there the only safe harbour is Laraisso or maybe Riardi (but given it's position, getting there is something of a challenge in itself). Trading options are sparse, profits light and there is a real chance of even the most experienced trader suffering from trade Contango (where the arrogate costs of trading are more than the profit secured by trading).

Getting out is almost as difficult as getting in. The jumps out are long and arduous and only 2 of the 5 destinations available are technically "safe". A lot of people die in the Crescent just trying to keep their head above water, or trying to making the money to get out again. If you're delivering into the crescent from the outside it is advisable to have an exit strategy or two (at the very least a fuel scoop and a bit of extra cash for running repairs). 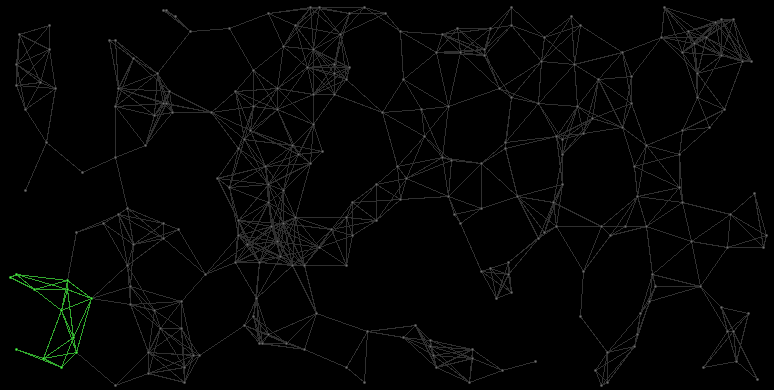