The Erlage Corridor is also called "Butchers Row", as the fat birds of Erlage consider both the blue insects from Ustile and the horned lobsters of Esrece as special delicacies. The government of Esrece exports dissidents as slaves to Erlage, whereas the inhabitants from Ustile turned their system into a well-fortified democracy to prevent the previously quite common "harvest raids" on their population. Piracy has fallen in recent years, and the price of Ustiles on the Erlage meat market has risen accordingly. But don't let this tempt you, as the Navy Command Station in Diti is having a close look on the area. (With thanks to Squeek and ClymAngus) 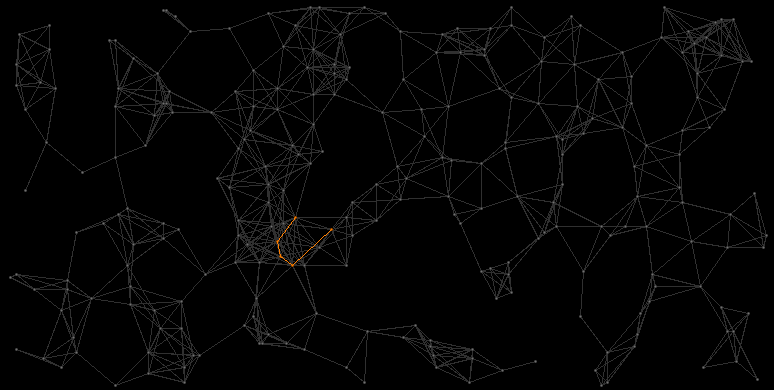