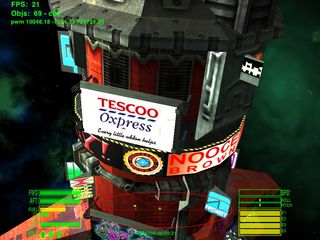 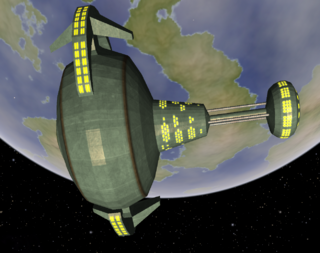 Navy SecCom Station on the other side of the planet 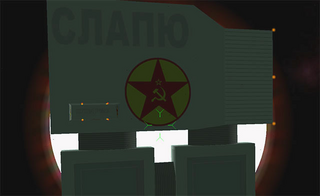 This oxp adds in-system traders to the secondary space lanes between the various space stations.

This means that you must have more than the one: ie you have added some stations oxp's to your game!. You do not necessarily need other planets for this - some stations such as S.I.R.F. mechanics garages & the Your Ad Here! constore stations are based at the witchpoint beacon, some such as Nephthys & Galactic Naval Bases are on the other side of the main planet, others such as SLAPUs & Kiota Solar Stations are near the sun.

It uses the new AI possibilities developed for Oolite v.1.80

This is not "In System Trader"

This oxp is not the same as In System Trader which is on the in-game Expansions Manager. That oxp controls the markets, making them fluctuate with trade (eg from this oxp!) - and moreover, the version on the Expansions Manager is broken (issues with the AI)!