This station is a part of the mission OXP Spylarn which is a 15MB mission OXP. I have submitted this part in order to gauge if people think it worthy to submit the entire mission OXP due to its size. People can always indicate either way here or on the main Oolite site. The station is a repair facility for ships in the systems. For ease, I have placed this station near to each system's main station for viewing purposes etc. The mission station does a lot more, but this is the visual side of it, to see if people like it. 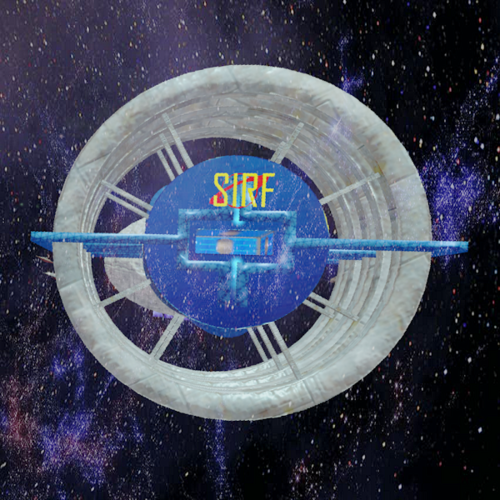 As is the way with entrepreneurs a few people saw an opportunity to make money.

Each system's main station had a monopoly on ship sales and upgrades, and they had very little interest in repairing old crates. "Much better to buy this shiny new ship Commander."

They formed a company SIRFCorp to build System Independent Repair Facilities in most systems, where they would offer an alternative to the main stations.

The project had a few technical and political problems. Repairing blast damaged ships was dangerous work and highly skilled and trained engineers were in short supply, staff losses were quite high to begin with. A decision was made to use untrained slave labor for initial work on making wrecks safe leaving the engineers to do the more technical and safer work.

The use of slave labor became an increasing problem in some systems and the drop in sales of new ships and equipment from main stations was another problem.

GalCop was quite happy with the SIRF system as they reduced their repair bills by about 30% as well as providing a way to get rid of slave surplices (surplice: a loose-fitting, white ecclesiastical gown with wide sleeves, worn over a cassock), they could tolerate SIRF more than Free Trade Zones.

SIRFCorp made a decision to move their facilities away from the main stations, to places far beyond witchspace beacons, they renamed the facilities Special Interstellar Repair Facilities and reduced their plans of having a yard in every system.

SIRF's are only to be found in medium to high Tech level systems and only then if the government is reasonably safe, they do provide some alternative trading strategies as they need to import everything, though certain items are restricted for safety reasons. As the stations can afford to pay for high quality engineers to oversee the work they do offer a better quality service than most of the main stations in the systems where they operate, at a price, especially as the repairs for Galcop are subsidized by other sales.

In the past few years trade has increased significantly, this has not gone unnoticed by the less legal pilots, one consequence is the station has introduced a traffic control system that requires pilots to request permission before docking.

After GalCop police announced a reduction of their patrol ships for the stations, the management signed a contract with Space Security Group (SSG) who now is assigning a squad of Gecko "Dragon Class" fighters as defenders to every shipyard. 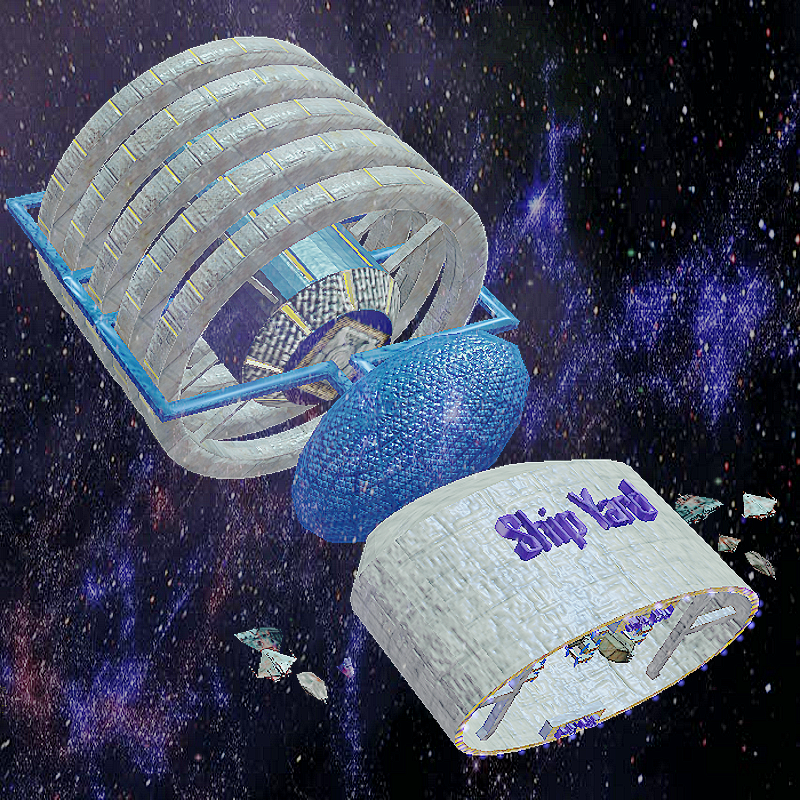 As well as the developers of Oolite for the game and Milinks for the original OXP, thanks go to Thargoid and Svengali for coding assistance. For V 2.50 and higher special thanks to Dybal (various improvements), Spara (market script), Griff (models and textures) and another_commander (maps).

The original oxp was created by milinks in 2006.
A slightly tweaked version of it appeared in Realistic Shipyards by Lestradae.

fixed a logical error in the ship script

outsourced the Gecko "Dragon Class" to a ship OXP, now this ship is only acting as defender of the station (NPC only)
optimization of the shipdata.plist and the scripts including the fix of some typos
introduction of S.I.R.F. Compact, a station only alternative (thanks to Nite Owl)

adjusted for Market Inquirer OXP (Dybal)
refactor of the shipdata.plist
removed unused textures and models
retexture of the station
replaced the wrecks outside the station with current core-game models
included 3 new ships, 1 available for the player (Gecko "Dragon Class", System Shuttle, Worm Prospector)
ship-script for all units (should also prevent that the station accidentally becomes a criminal)
new AI for the station
equipment prices and tech level of the stations now depend on the systems.
New requirement Montanas Resource Pack 01 to handle explosions, mining and containers

New script to optimize the spawn of the stations (Dybal).

Removed one last subentity, created read me file as rtf.

Release version of 2.10 with a few minor tweaks noticed in testing.

Create new model to solve many remaining minor problems. There are plans for at least one mission to be added.

Need to find out how to randomize equipment prices and tech level - implemented in V 2.60

October 2020:
Since the original links are not active anymore you could find version 2.60 now on the Expansions Manager or alternatively here: S.I.R.F. V 2.62.oxz

If you prefer a station only package which doesn't include ships, additional cargos and effects S.I.R.F. Compact is what you are looking for.
Thanks to Nite Owl version 1.01 is now available on the Expansions Manager or alternatively here: S.I.R.F. Compact V 1.01.oxz