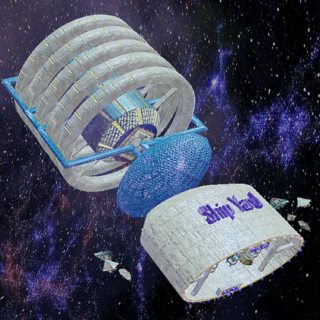 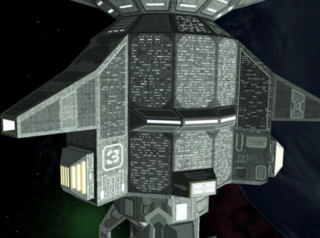 Nephthys station on the other side of the planet

Kiota Solar Station near the sun

Licence: CC BY 3.0, Requires Oolite version 1.77 on the in-game Expansions Manager (and broken)

Licence: CC BY 4.0, Requires Oolite version 1.81 not yet on Expansions Manager (working!)

Introduces a "living market" to systems with rewards and risks for in-system trading.

Periodically individual Commodities are "refreshed" at the Main Station and other stations using the system market. The prices and amounts available are intentionally in the normal range for any given system economy. The rate of refresh depends heavily on the number of traders in system at the time. More active traders means a faster refresh and vice-versa. In keeping with the spirit of the game, black market goods such as Narcotics, Firearms and Slaves are not refreshed.

Trade at various stations in system, be that cargo trade, passenger trade (such as in In-System Taxi) or otherwise will slowly increase the players reputation in the system resulting in better parcel contracts from friends of friends. Additionally a well-known player will be greeted periodically by the systems traffic control (on entering Station Aegis). A players reputation proceeds them in other systems as well, at least for a while. In the Ooniverse friendships can be short lived and absence makes the heart forget...

A reputation can be a bad thing as well, as the player becomes more well known so will their trade habits and routes. Opportunist pirates, or just a random trader the player may have rubbed the wrong way, may lay in wait along a player's common routes in-system to collect booty... or exact revenge for a perceived slight.

The Tripsa Tel-com Autonomous Market Watch Unit, or AMW for short, will alert the player when a Commodity undergoes a change in the system. It will identify the commodity and direct the player to check the Market Datascreen (f8). This device is also movable between craft.

Extensions which change or add Commodities, such as New Cargoes, will see only the base commodity types refreshed by this OXP.

Other OXPs which modify system markets, such as BlOomberg Markets will probably conflict with this OXP.

Update July 2019: This OXP is currently not compatible with versions of Oolite from 1.82 onwards.

The main BB thread is here