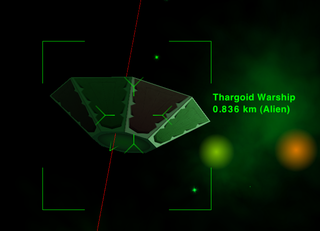 Things aren't looking too good at the Thargoid front. The Thargoids don't confine themselves to intercepting ships in witchspace anymore. Attacks on the space lanes, on main stations, even on planets themselves have become more frequent.

The Galactic Navy has tried to keep on par with the threat. The Behemoth and Leviathan class of capital ships—together with new and capable fighters—have been introduced, new and powerful anti-Thargoid weapons have been developed, Navy Sector Commands are sending battle groups on the space lanes and in interstellar space.

But it seems the Thargoids are always one step ahead. The introduction of the Behemoths saw the advent of new classes of Thargoid Battleships, gigantic Thargoid Carriers have started threatening the GalCop worlds, and the Navy Frigates and their battle groups are now being countered by what seems to be a second wave of completely new Thargoid Ships, together with new and fearsome variants of Thargons.

A while ago the Navy had obtained and—with the help of a certain fearless space commander—securely delivered some secret defense plans of the Thargoid Hive Worlds, and Naval Intelligence was confident that these would give the troops the means for a push against the Thargoid home system. But what has come out of that? Nothing seems to have happened since, no news of a main strike against a Thargoid home world have made it to the public. Or did it all end in a disaster, and this new and unprecedentedly angry wave of Thargoid attacks on GalCop worlds was only triggered by a failed invasion attempt on their space? The Tionisla Chronicle does certainly not know.

But now we are on the very brink of new and important developments. The atmosphere is highly charged with anxiety and anticipation, and somehow it is going to discharge violently. Veteran spacefarers can sense a cataclysmic event at the horizon. The future of the Galactic Co-operative of Worlds is at stake. Something has to happen, ... and indeed something has happened. 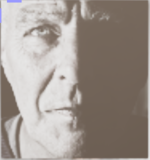 It all starts when—after a particularly vicious wave of Thargoid attacks in the middle of Galaxy 1—a well known officer of Her Imperial Majesty's Space Navy contacts a certain fearless space commander, and asks for help. Mission One - FAQ has made a rapid career and become Rear Admiral since the Constrictor incident, and he hasn't forgotten who got him out of the trouble with the stolen prototype. Nor have Captain Fortesque and Agent Blake — their unaltered ranks perhaps indicating that the Thargoid Plans plan didn't turn out as a huge success. But this new thing has all the prospect to become one...

Cataclysm.oxp is a mission OXP that takes up the threads of the native Constrictor Hunt and Thargoid Plans missions, and sends you on a mission far bigger than anything you have done for the Navy so far. It gives you the opportunity to re-visit places you have visited before, and re-meet people you had contact with during these missions. And of course it will let you meet various other people, and lead you to a lot of new places, some of which you probably haven't visited before.

The mission starts in the middle of Galaxy 1, roughly in the area where the first part of the Constrictor Hunt took place. After a ruthless Thargoid attack on a main station, during which you once again excelled in the defense force, it is time for Rear Admiral Curruthers to contact you with an important news. (If you don't excel, you won't be contacted unless you excel.) From there on you are in the service of Her Imperial Majesty's Space Navy again, and soon find yourself on a quest that will lead you through most parts of the known Ooniverse. What are you going to find in the end? Only %R knows!

The mission requires an able commander with an equally able ship. Therefore it is not suited for a beginner. Anyway, you will have to have finished both the Constrictor Hunt and the Thargoid Plans missions, and be in Galaxy 1 in order to get Cataclysm started, which means that you have to have cycled the eight galaxies at least once before you are offered this mission. So you will probably have been ☆ Deadly ☆ for quite a while before the events depicted here start to unfold. The OXP requires you to be 'twice deadly'—having at least 5120 kills—to get started. At the end of it you may well have come close to ★★★ E L I T E ★★★ ...

The OXP doesn't require any other OXP for running; however your experience will get more varied, more exciting, and probably more difficult as well, if you play with some other OXPs installed (most of those mentioned in the introduction):

If you play with Thargoid Wars installed, the beginning of Cataclysm.oxp will blend naturally into the scenario you are used to from that OXP.

Due to a not-yet-fully-understood bug in either Oolite or some OXPs there are some OXPs that will prevent other scripts from creating additional ships with role 'police'. Cataclysm wants to create a couple of those ships at one point in the story. However, the police ships are not a story necessity. The two OXPs that caused this behaviour on McLane's own system are Commies and Galactic Navy. He hoped that the developers would find and eliminate the problem.

Move or copy the file Cataclysm.oxp from the main folder to the AddOns folder inside the Oolite main folder. Restart Oolite.