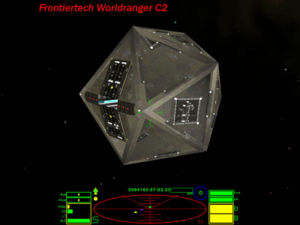 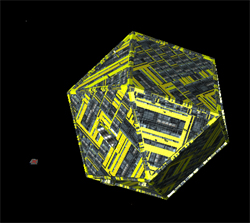 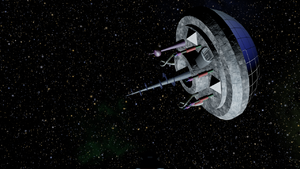 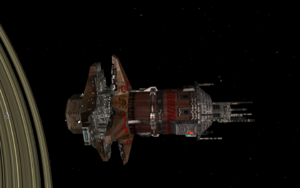 Ooniverse is a multiverse. In each parallel reality there is a set of stations that seem to change from time to time when new stations are manufactured and shipped. Especially after Griff's X2 stations were rolled out, a lot of the old stations that were still very much functional were now discarded.

In some realities there is more than one planet in a system. Those planets are pretty to look at, but they are not visited as often as the residents would like to. Those planets desperately need some attractions to lure visitors.

So we have a bunch of unused stations and bunch of planets in need of attraction! In an effort to preserve those fine stations and to add some attraction to those far away planets each planet has been awarded a station.

Now there are more options for traders to make profit and more sights for tourists to behold.

This OXP adds stations to secondary planets with atmosphere. Stations used are collaged from:

These are included in the oxp. You don't need to download and install them separately. They have also been updated from the originals, with, for example, Market Inquirer compatibility built in.

This oxp was originally written for System Redux (Oolite). Nowadays (2021) it works with the Additional Planets suite of oxps.

Station spotter adds a mini game of "collect 'em all" to Oolite. It keeps track of your visits to different stations added to the game by this oxp. You can review your spottings from the ship interfaces screen (f4). Station spotter.oxp requires the main .oxp to work. This Addon is bundled to the zip file.

The stations which you have visited will either be added to the "View ship specifications" library (under Ship Systems) or to "Station Spotter" (under Statistical).

For an example of the second see Exploring the Ooniverse #8: Orbital Graveyard at 19:02 (Zed's YouTube channel, 2016).

code TWEAK to allow Stations for Extra Planets to appear above Gas Giants so that there is a more compelling reason to view their wonderful textures.

The OXZ being TWEAKED here is oolite.oxp.spara.additional_planets_sr_base.oxz version 0.8. The file is script.js in the config folder. Line number 225 according to Notepad++. Enjoy. Nite Owl (2022)

The extra markets increase the potential for profit - especially if one adds in Market Inquirer, allowing one to compare market prices across the solar system.