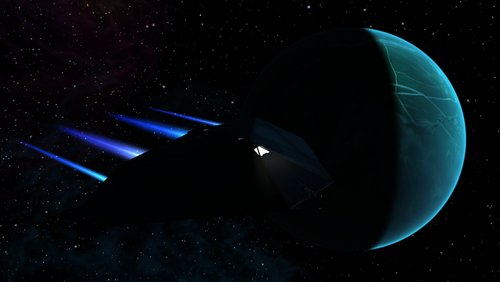 Additional Planets SR (for System Redux) was originally designed to create additional planets in the solar systems using the textures from the System Redux and System Demux OXPs, while allowing the main planets textures to be taken from the Povray Planets texture packs.

The Additional Planets suite of OXPs

This work was originally initiated by Redspear by tweaking System Demux and combining textures from various sources. Later scripting by Spara used System Redux as a base to provide compatibility with numerous other oxps that have been tuned to work with System Redux. For that reason this oxp internally uses the name System Redux.

One problem however is that whilst they often look different they don't always look good.
Throw in the fact that you'll likely need a greater than normal sun distance and things can get rather dark and obscured. (Redspear's BB thread 2019)