An OXP adding depth to the vanilla game bounty system 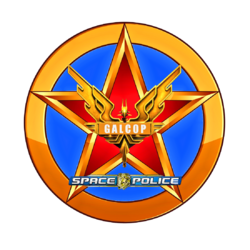 The bounty system in the core game of Oolite is somewhat primitive, a product of its 8-bit roots. If you commit a crime, regardless of the seriousness of that crime, your bounty is halved with each witchspace jump. So you can shoot down a flotilla of police ships in one system, but 8 to 10 jumps later you're clean again. Also, if you want to quickly erase your bounty you can purchase and use an escape pod, or do a galactic jump.

This OXP aims to add depth and meaning to the bounty system by making your crimes persistent. So, if you commit a crime in system A, and then come back to system A later, your bounty will be remembered. It will not degrade over time, nor will it vanish by using an escape pod or a galactic jump, or when buying a new ship.

Also, different crimes have a varying degree of severity, meaning there is a distinction between smuggling illegal goods to murdering a pilot by destroying their ship. The following table describes the different severities and levels of applicability:

Across all charts: This means the crime will apply to all systems in all charts. No matter where you go, your crime will be applicable and you will potentially be labelled a "Fugitive".

The F7 System Data screen can help you in assessing your potential bounty in a given system. When you select a system on the F6 screen and then visit the F7 System Data screen the computer will scan your warrant list and determine how the system will likely view your presence. If you have committed crimes in that system one of the following things will be displayed:

This text will be displayed if your overall bounty in the system is less than 50₢.

This text will be displayed if your overall bounty in the system in greater than or equal to 50₢.

All GalCop-aligned stations have either a security office (when at the main station), or a security kiosk (when at other GalCop-aligned stations), in which you can view any outstanding bounties you might have picked up in the current galactic sector, and when/where those crimes were committed. You can also view any outstanding you might have in other sectors. Through this interface you can view the details of each bounty, the crimes that were committed to generate the bounty and, if available, pay the fine to clear your record. The available of the payment option is dependent on the amount of time since the crime was committed, and the location the crime was committed. See Paying for fines below.

While your crimes might be applicable in multiple systems, that doesn't necessarily mean your crimes will be visible in all systems automatically. If you shoot at the main station in system A, and jump to system B, your status will initially be "Clean". This means that this system currently doesn't have a record of your crimes.

However, all police and most bounty hunters can be equipped with a "Warrant Scanner", a device that will scan your ship and perform a GalCop Criminal Database lookup based on the specifications of your ship and pilot registration. Should any criminal records be found they will become visible in this system. All GalCop police ships have this device installed and they will actively try to use it on all ships visible to them. Once your crimes have been revealed to system authorities, you will be wanted in that system whenever you visit.

You can purchase and install the Warrant Scanner yourself, and do the same thing on other ships. You must be within 15km of the target (police ships can scan from 20km), and when activated you must stay within that distance for 10 seconds (8 seconds for police) and keep the target locked for the scanner to work. The scanner won't work when your cloaking device is engaged, or if you're traveling at injector or torus speeds. If the target engages a cloak the scanning will stop.

The output of the scanner functions in two ways: MFD mode (which will use a spare MFD slot to display scanning messages), or non-MFD mode (which will output scanning messages to the message log). To switch between output modes, prime the equipment and press the "b" (mode) key. If MFD output mode is selected, but there are no MFD slots available when a scan starts, the Warrant Scanner will automatically switch to Non-MFD output mode.

Once you start a scan on a target, if you are forced to target another ship before the scan is completed, when you re-target the first ship the scan will automatically restart.

Further controls for the Warrant Scanner can be found in Library Config. The Warrant Scanner can be set to automatically scan offender and fugitive targets, or all targets. When the scanner is in automatic scan mode, scans will only start when the target is within 15km range. In order for the scan to detect offender or fugitive status, the Scanner Targeting Enhancement must be installed and operational, and weapons must be enabled. Non-combatant targets will not be scanned automatically when your ship's weapons are turned off.

While bounties will not degrade over time, it is still possible to remove those fines from your record by paying a requisite fine. Fines can be paid in one of two places: the main stations of the system where the fine was committed, or at the GalCop HQ system in each sector. See below for the locations of GalCop HQ. You can only pay fines collected in other sectors at the GalCop HQ system in your current sector. If you choose to pay your fine at GalCop HQ, a 10% fine processing charge will be added to the total amount.

The longer you leave the payment, the more the fine will reduce, but the more likely it is you will be discovered.

Depending on the severity of your offence, there will also be a delay before you will be able to pay. The following table lists the delay periods for each severity level, and how fast the fine will degrade over time:

Special note: If a police vessel flags your ship to pay fines upon docking, the fine you pay will be the full amount and will not be reduced by a degrading component. This will only happen if your bounty is small, however. If you have a large bounty, police ships are more likely to attack you.

In the event that you believe a bounty has been incorrectly applied to you, it is possible to submit an appeal against the crime. While viewing the details of the crime from the GalCop Security Office screen, you can select the "Submit appeal against fine" option. This will ask you to confirm that an appeal be lodged. There is a cost involved in the appeal, and it may take quite some time to have the appeal processed, depending on how far away from the GalCop HQ system you are. The results of any appeals will be shown to you when you next dock at a GalCop station.

You can only lodge an appeal against a severity 1 crime up to 10 days after the event, 5 days for a severity 2 crime. Severity 3 crimes cannot be appealed against.

Special thanks to Wildeblood for all his suggestions and input. Hopefully this OXP will restore something of his "lost" Criminal Record OXP! And yes, I have backups!
Thanks also to rustem, Cody, smivs, Day, Imaginos, and UK_Eliter for all their encouragement and input.
Special thanks to Milo for the performance improvements code, updates to the NPC scan function, and for implementing the "no-repeat-bounty" code.