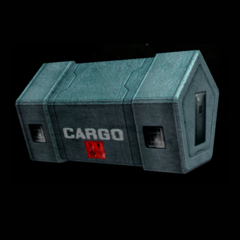 As the most ubiquitous spacefaring species humans prefer humanoids as slaves.
Various other races also put a premium upon humanoids, but these would rather have human slaves.


Traded in TCs & stored in the Cargo Hold for trade. The price includes the special container with life support installed.

Illegal to transport unless protected by special Navy or Gal-Cop permit.

For those concerned about the ethical issues involved (circumnavigated in some versions of Classic Elite who titled them "Robot Slaves" instead) try out the Illegal Goods Tweak OXP which, while introducing a new penalty for docking with contraband on board your ship, does allow you to hand them/it over and receive a small recompense in return.

Other concerns involve eating slaves (eg. lobstoids), the functioning of the slave trade, the existence of anti-slavery societies, etc.

Note that Commander Maegil spent years dreaming up a Spartacus Brotherhood oxp which never got off the ground, but featured in early discussions.