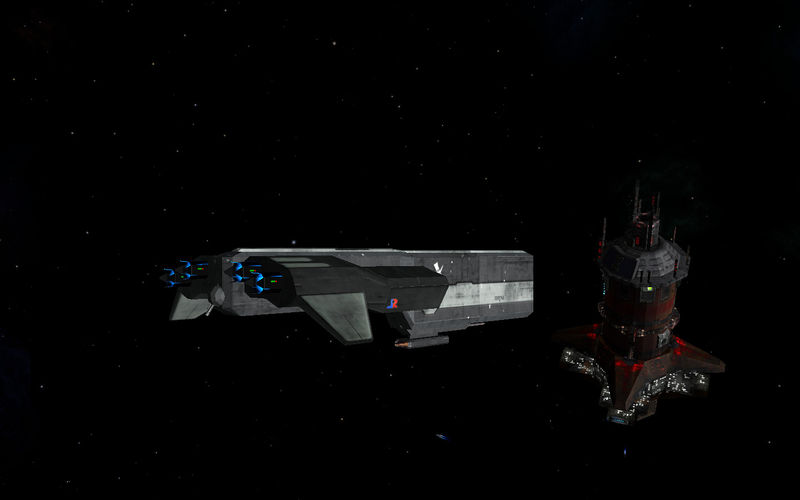 Docking queue at Teanrebi trade outpost
Note that whether or not a "trade outpost" exists at Teanrebi depends both on the oxps you have loaded, and the whims of the deity Randomius Factoria!

Travellers in a hurry often pass this planet by, missing out on Teanrebi's friendly bug-eyed frogs, her beautiful tropical beaches and her lush forests. Rumour has it that some old settlements found here are of an ancient, unknown alien origin. (Famous Planets OXP)

Teanrebi is a member of The Pulsar Worlds.