This is MilHUD 4000, my modified version of Cmdr Wyvern's Milspec HUD. M4000 looks like the familiar MilHUD, but is somewhat different "under the bonnet". The differences eliminate arbitrary HUD switching while in flight, and allow M4000 to co-exist better with other OXPs. There are also a few new features MilHUD doesn't have, but nothing I believe deviates from the MilHUD Way.

To use, Place the MilHUD 4000 OXP into your "AddOns" folder, and remove any other HUD OXPs. Also remove any OXPs which announce beacons, such as Talkative Space Compass OXP; when cycling the Advanced Space Compass through beacon mode, M4000 will announce full beacon codes.

M4000 comes with a variable brightness high-contrast centre patch which can be adjusted on the fly from within the game, with no need to shut down Oolite, edit configuration files, and re-start the game. Cycle the Advanced Space Compass to "Sun Mode", then press N (shift n) until "Adjust MilHUD 4000 Contrast" appears on screen. Press n to alter the contrast of the central higher-contrast patch between six levels of low, medium or high contrast. Your new setting should take effect immediately. You can change the contrast setting at any time while in flight, except if the ASC is damaged.

M4000 will detect the use of Police IFF Scanner Upgrade OXP, and if the player has purchased the upgraded scanner, will change to a special police scanner colour that de-emphasises police vessels and maximizes visibility of civillian vessels on the scanner.

M4000 also includes a special version of Sniper Sight, which precisely matches the look of the MilHUD 4000 display, included in this OXP (no other download necessary).

M4000 as it appears when using Police IFF Scanner Upgrade: 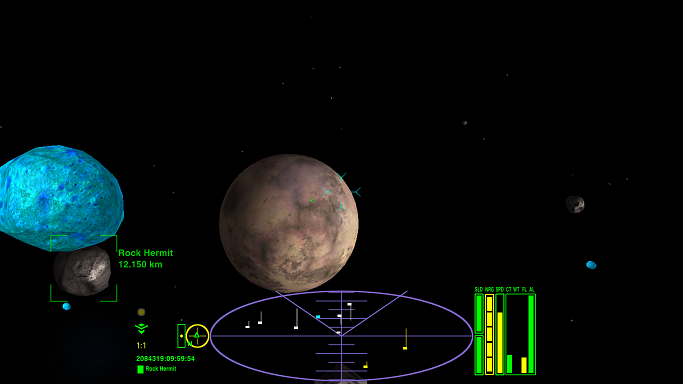 Using the M4000 edition of Sniper Sight to precisely target a pursuing vessel: 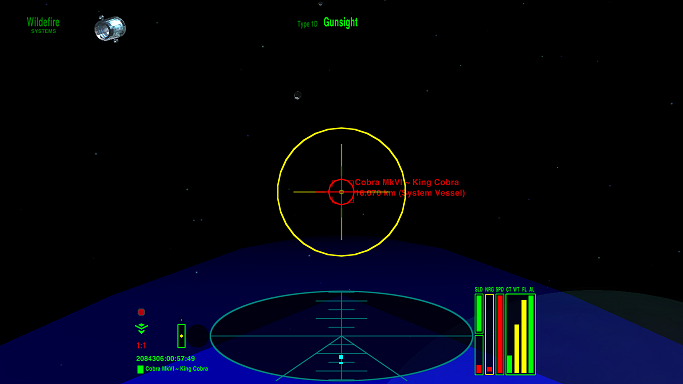 M4000 as it appears during a red alert (in this case a low altitude alert): 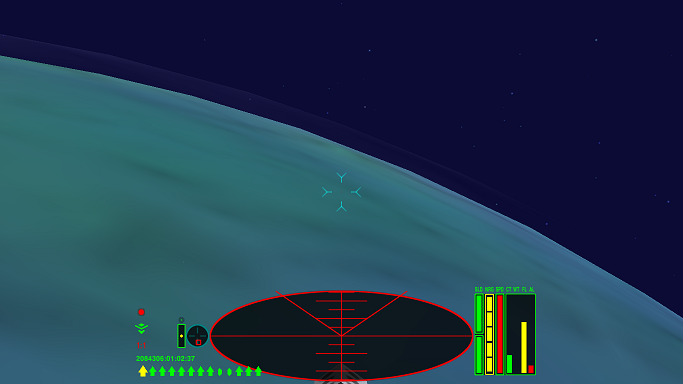