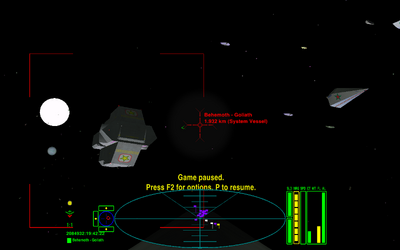 The MilHUD is an important combat HUD which has influenced the development of many others.

This is the Military Specification HUD. MilHUD, for short. This design is the product of Cmdr Wyvern's extensive experience in combat.

This HUD follows the KISS rule and the result is a HUD that's all business. The purpose of MilHUD is to maximize the functionality of Oolite's visual interface. The eyecandy is kept to a minimum, because too much candy means too little functionality.

Combat follows a simple formula: Be lethal or be dead!

Note that this is an older HUD and neither supports MFDs nor is HUDSelector compatible. 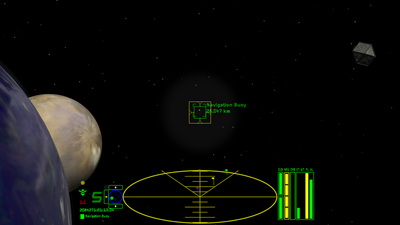 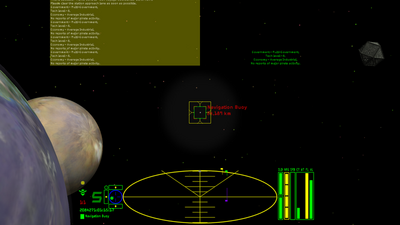 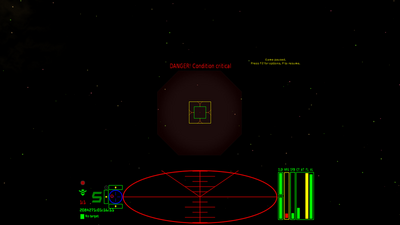 There is a possibility of this upgrade conflicting with the built-in reticule in earlier versions.

Unknown, but Cdr Wyvern seems to have been happy with allowing others to adapt his code.

MilHUD has been very influential as can be seen beneath (these even took their name from this one!)