A new updated version of Xeptatl's sword is finally out. There are one or two more tweaks needed before publication on the in-game Expansions Manager. 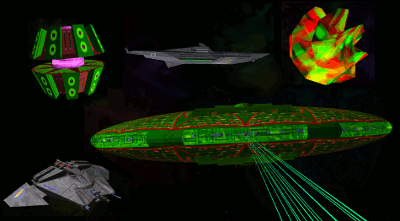 The continual updating of Oolite and concomitant changes to the game mechanics (combined with the remorseless rise of cheat oxp's in varying forms) led Smivs to abandon this OXP back c.2014. He took down the website and the links to the oxp itself.

Xeptatl's Sword has an information and resource website where you will find much more information and background for the mission. There is also a 'Help' section and a full Credits list.

This website was taken down by Smivs after Oolite v1.80 came out. See Wayback Machine for the various pages of it. Later dates have the other pages. Update! look here: Smitheman.org

The promotional video is here

The original links are all broken.

Spara developed a newer version (v.3.0, 2015-16, 20.3Mb) for newer Oolite versions - but with a couple of the old graphics still in place. That is [[File:XeptatlsSword.oxz|here]. If you open it up you will see a list of his changes. It should work just fine with Oolite versions 1.81 onwards.

It also features a couple of cbr's new textures and the better known ships are now listed on the View ship specifications screen (accessed from the docked F4 page (ship and system interfaces)).

These do not work with Oolite v.1.81 and newer.

The updated links are from Commander_X here and here.