1. A free upgrade for the Galactic Hyperdrive, adding a destination programmer with 33 specific destinations, at least four in each galactic sector. Featured destinations include all the less commonly visited "Lost Worlds", allowing the operator to complete the Explorers' Club challenge.

2. A free upgrade to the ship's navigation chart system, adding a third chart screen that shows the general topography of the next galactic sector.

3. A Naval Hyperdrive Programmer provides a further selection of 112 destinations, each and every one of the Galactic Navy Sector Command (SecCom) stations, and is purchasable for 5000 credits at planets and stations of technical level 13.

After purchasing a Galactic Hyperdrive, use the prime-able equipment (N-key) menu while in flight to activate its programmer. Then press the n key repeatedly to cycle through a menu of reachable systems in the next galactic sector. Once you have selected your preferred destination, press g to initiate a galactic hyperspace jump.

To view a chart of the galactic sector that a very long range 'galactic' jump will take you to, press F6 while on the long-range chart screen.

When a galactic jump is made the Naval Hyperdrive Programmer, if fitted, is automatically put into safe stowage. This has two beneficial effects: the programmer cannot be damaged in combat while stowed, and the prime-able equipment menu is not cluttered with an impractical item. When a new Galactic Hyperdrive is purchased, the programmer is automatically brought out of stowage.

These images are from a vessel currently in galactic sector 8, planning a galactic jump back to the familiar sector 1. 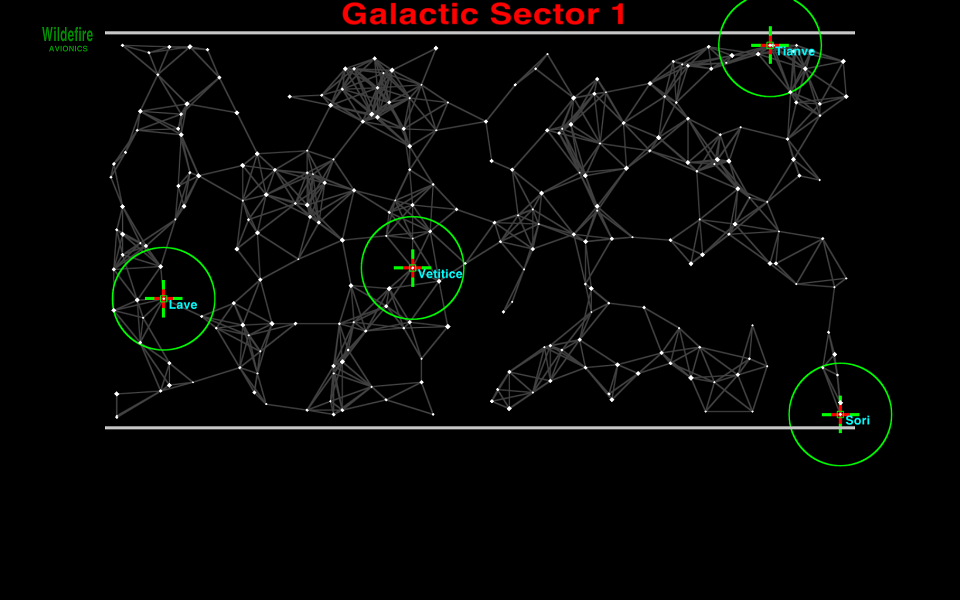 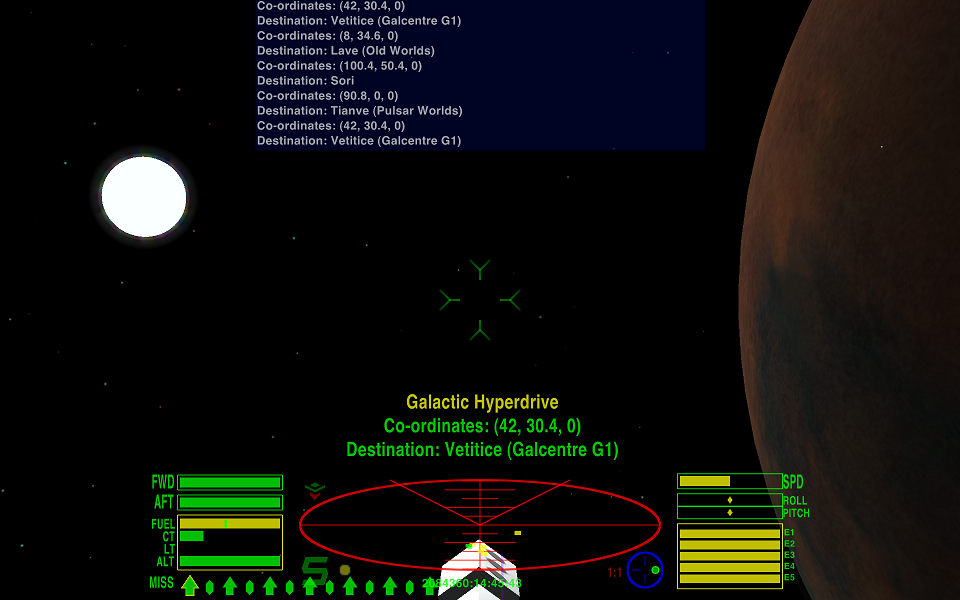 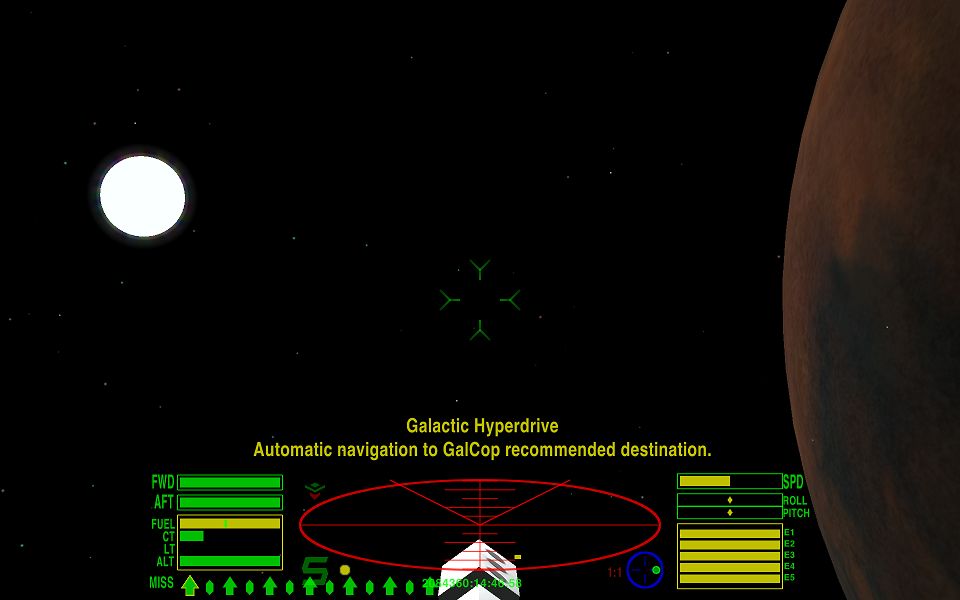 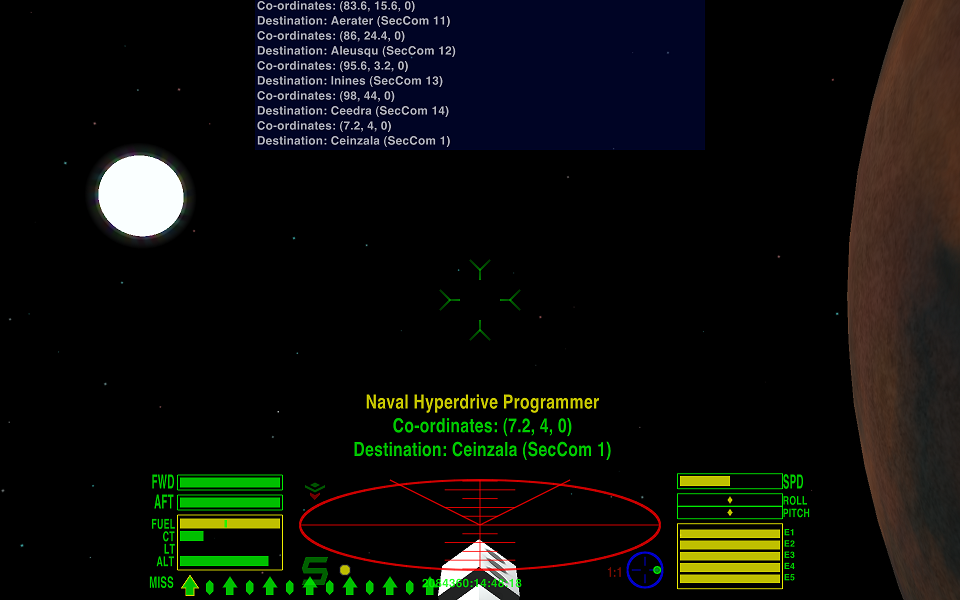