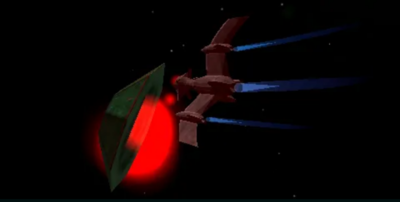 To Catch a Thargoid

A new mission based in Galaxy 3, as a follow-on and sequel to the vanilla game mission Thargoid Plans. The bugs are back and looking for revenge.

In addition to the mission, this OXP adds several new alien ships plus the response from the Galactic Navy Intelligence to their increased threat - the fearsome Raptor assault strike frigates.

The Raptors plus a selection of the new Thargoid craft are added generally to the game mix, regardless of galaxy or mission status (if the mission is completed the relevant script parts are automatically removed and do not slow the game). Some may make things a little tougher, but others may come to your rescue!

The mission is set in Galaxy 3, and requires the player to have at least 1500 kills to their name and to have completed the Thargoid Plan trunk mission. If these conditions are met then the mission may randomly be offered on docking, after which time detailed instructions are provided in mission screens with pointers via the manifest (F5-F5) screen.

This OXP requires at least version 1.75 of Oolite.