Pteradyne Tech, Weapons Division introduces the Hunter-Hawking HMX-10 Military Smart Missile, better known as Military Missile G1. It is an enhanced hardened missile originally developed exclusively for the Galactic Navy and the GalCop police forces. If the missile is affected by ECM the intelligent S&D guidance system will seek nearby Thargoids or pirates, otherwise, the behavior is like a standard hardened missile. This has also been known as the "Dragon Military Missile".

After the development of the Hawking HMX-11 Military Smart Missile, GalCop voided the restrictions so that this weapon could be offered on the open market as well. 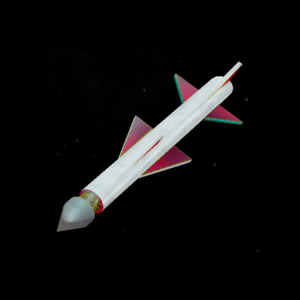 This OXP was developed for Oolite V 1.72 and since the author Cmdr Wyvern didn't apply any license, we are not able to maintain or improve it for later versions. If you are interested in an up-to-date package, we suggest installing Military Missile G2.

The Military Missile G1 is solely the work of Cmdr Wyvern, my only modification was to add a manifest for the expansion manager.

Installation of OXZ file: move or copy it into your AddOns folder.

Oolite Version 1.76 or higher is required.

Added a license. To see the authors' approval, please see here: Cmdr Wyvern on the forum

Commanders of pirate ships using this missile are having a secret wish to suicide.

The Hawking HMX-11 Military Smart Missile, also known as Military Missile G2, is the next generation of the Hunter-Hawking HMX-10 Military Smart Missile. While faster, more resistant to ECM, and with an extended array of targets, it also has a major flaw: the intelligent S&D guidance system can be modified and turned against the creators. While, once again, originally sold exclusively to Galactic Navy and the GalCop police forces, the founding of "System Guard Navies" expanded the market to trusted local navies and police forces as well.

Needless to say, after the flaw became public knowledge, corrupt naval and police members made a fortune by selling these missiles on the black market. Criminal hackers modified the targets so the guidance system searched for police or hunters instead of pirates. This "hacked" weapon can be found at independent or "sleazy" locations, usually, they are sold as Hacker HMX-11 Military Smart Missiles. 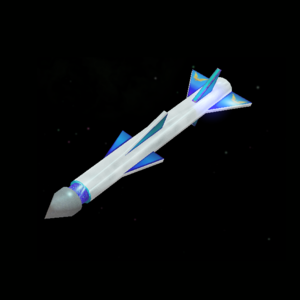 The original Military Missile G2 could only be purchased at a Navy SecCom Station or a Sentinel Station and therefore requires Galactic Navy OXP and/or Anarchies OXP to be installed.


If you chose the career of a criminal, you can find the hacked version sometimes in anarchies, feudal and multi-gov systems or at independent and "sleazy" locations.

In wealthy systems with a stable government the police forces are typically equipped with the Military Missile G2 while heavily armed pirates and assassins (pirate-interceptor for example) sometimes use the Hacker HMX-11 Military Smart Missile.

The Military Missile G2 is an improved version of the work of Cmdr Wyvern, all credits, therefore, belongs to him.

This OXP is available on the Expansions Manager and additionally here: Military Missile G2.

fixed a logical error in the purchase chances

While this is a more powerful missile, it is mainly found with police. If you have Galactic Navy OXP or Anarchies OXP installed, you are able to purchase it yourself.