From Elite Wiki
(Redirected from Inside Straight)
Jump to:navigation, search

Commander "Madcap" Cody, as he is known, was the seventh child of a professional gambler and his long-suffering wife. At age ten, he read his first sci-fi novel and dreamed of becoming an astronaut. By age twelve, he was working weekends for his father, and playing cards for money (which was not unusual in his family). At age sixteen, he left school to work full-time. Since then, he has had many different jobs, and has travelled widely. Now in his twilight years, he cruises the spacelanes of the Ooniverse in his much-loved Cobra Mk III Spindrifter. After a long career as a contrabandista, he went straight and became an interstellar courier. The seventh octant has become his favourite stomping ground, and his home system is Ceerti - a revolting little planet in the Lizard's Claw. 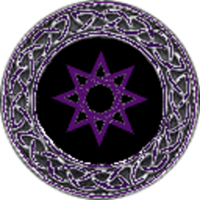