Why not tell us a little about Ceerti?

Who else is there?

How fierce are the frogs? 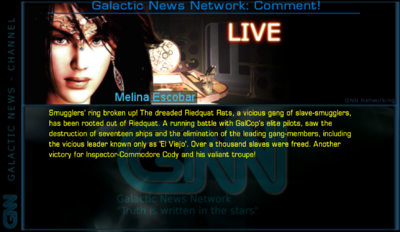 I needed something good for the Smugglers' page...

Hope to get around to putting up the Lizard's Claw later today, if time permits. No luck at all with the regional map. There seem to be a grand total of 3 people who understood how to put up those little maps. Phkb seems to have forgotten, cim seems to have fled into the arms of the Witchspace Lobster, treczoks seems to have occultated...

- rather like the famous story about the Prussian invasion of Schleswig-Holstein (the first of the 3 battles leading to the unification of Germany): Lord Palmerston is reported to have said: "Only three people have ever really understood the Schleswig-Holstein business – the Prince Consort, who is dead – a German professor, who has gone mad – and I, who have forgotten all about it".

Use of Links in Elite Wiki & in Wikipedia.org

You had typed in Lizard's Claw - a page which does not exist.

User names work differently: there you just type User:Name| and all you see is Name: eg User:Cody vs Cody - and the wiki then fills in User:Cody|Cody when it feels like it!