No Shaders alternate or extra ships and accessories 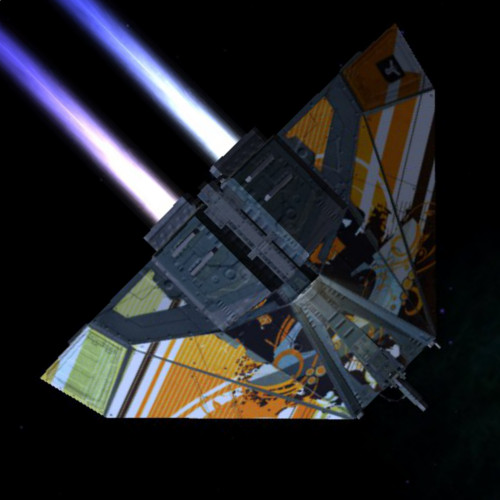 Griff Industries has released some awesome shipmodels which use normalmapping and shader effects to produce some of the best looking ships available in Oolite. In 2012 Captain Solo started to convert the Oolite core ships as Griff's No Shaders shipset for computers without a shader capable graphics card. With Oolite v1.80 these ships are now used as default ships.

Initially the OXPs/OXZs here began as a pet project to provide some of Griff's other extra, alternate or some missing vessels and accessories as a nice addition to the new v1.80 default shipsset, too. It grew by the time and covers now also ships and stations by Dertien, which fitted perfectly the new default look and feel of Oolite. There are plans to update/downgrade some of Staer9 projects and make downloadable skin packages for the default starting cobra3.

After the first miserable tries to understand how these textures are to be recomposed "Captain Solo" was so kind to help to sort things out, gave detailed instructions how to convert/combine the original marvelous textures, so they work out on low-end machines like mine. Additionally just a few things to add the engine glows and such were changed in the process.

So most credits have to go to Captain Solo who helped me tremendously how to compose Griff's awesome textures to no shadered ones, and of course to Griff for his great ship designs and Dertien for his Z Groovy Repaints and Staer9 for his shipset and Chopped Cobra. The rest of the work was merely some GIMP work and some simple shipdata/shipyard editing.

The OXPs/OXZs require Oolite v1.80+. If you want to use the OXZ bundles, please deinstall any individual OXPs of these ships.

Default and alternate and extra station textures in higher resolutions

some screenshots of no shader ships and accessories

This work is licensed under the Creative Commons Attribution-Noncommercial-Share Alike 3.0 Unported License. To view a copy of this license, visit http://creativecommons.org/licenses/by-nc-sa/3.0/.


Info: the OXZs are also available via the ingame expansion manager.