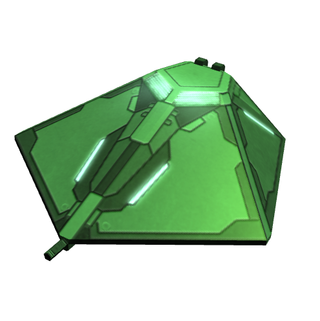 Something has changed - the bugs have up'd their game. Numerous reports from both civilian and military Commanders have told of encounters with Thargoids where, after the battle they were cleaning up the debris and dormant Thargon fighters, a further warship appeared and suddenly all those drones were no longer dormant but flying and blasting. Some unfortunates have even reported this happening with drones that they have already scooped, with more than one ship being destroyed as the drones bust out and start attacking.

So keep your wits about you all, especially Commanders who are unfortunate (or foolish) enough to end up facing off against the bugs in interstellar space!

This OXP is a substitute/replacement oolite-thargoid-warship.js ship script file. It will supersede the existing trunk one, and provide all Thargoid vessels which use the script with the capability to scan for (once every 30-90s) and have a chance (50%) to resurrect previously uncontrolled Thargon fighters and take control of them.

In the case of Thargons which have already been scooped, there is a 1% chance per ton in the hold that one or more will also be reactivated, causing them to blast their way out of the hold and rejoin the fight and doing nasty damage to the ship in the process.

Additionally if the fight lasts for a longer time, there is a chance that it will attract further warship reinforcements, who may also have the same resurrection capability.

The OXP is designed for seasoned players (they taste better :) ) who are looking for a little more challenge. It shifts the balance back somewhat towards the aliens and makes interstellar space somewhere you really don't wanna be for long.

This OXP requires at least version 1.76 of Oolite.

Not on the in-game Expansions Manager.

Unzip, place the .oxp in your AddOns folder (see OXP if you need more detail!).

Thargons blasting their way back out of the hold of your ship...
Elements of this have been included in the newer versions of the Vanilla game, but this .oxp still has some nasty surprises in store!