We're facing a dangerous situation, Commander. If the Sirius Corporation gains control of the galaxy's only source of Quitolline as well as its military fuel supplies, they'd be able to hold the Galactic Cooperation to ransom. We must find a way to stop them. 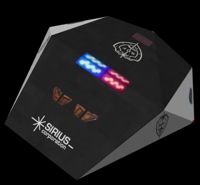 An Asp MkII of the Sirius Defence Force

Rumours are circulating that the Sirius Corporation, the galaxy's leading fuel producer, is harbouring hostile intentions towards QuiCo Pharmaceuticals, the licensed manufacturer of the Quitolline anti-hyperspace sickness drug.

Recognising this threat, GalCop High Command launches an operation to disrupt Sirius' plans, and calls upon the assistance of one of its contacts who has recently arrived in the area. In a desperate race against time, GalCop must use all of its resources to investigate the situation and find some way of securing the safety and prosperity of the Galactic Cooperation.

Iron Raven is a loose sequel to Trident Down. Set in Galaxy 8, the mission introduces a number of innovative gameplay features, including a dynamic scripting method that brings some adventure/RPG elements into Oolite. The main part of the mission focuses on seeking out information from a range of different sources in order to further the investigation. In many cases you will have to decide how best to proceed and, as ever, your decisions may have unexpected consequences.

While the mission includes some new ships, stations and equipment, where possible it re-uses Oolite's stock resources and so is compatible with the various retexture OXPs available elsewhere on this wiki. 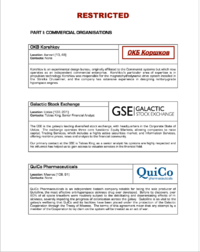 Page 2 of the Brief hidden inside this oxz

Start Oolite, choose the Manage Expansion Packs option from the main menu, locate Iron Raven in the Missions category and install it. Or download the OXZ file and place it in your Oolite AddOns folder.

Note that the mission requires the following other OXPs to be installed:

The mission begins once you are docked anywhere in Galaxy 8.

Important: You must read the 6 page brief included inside the .oxz (unzip - remove briefing document - and then move to AddOns folder & repackage as an .oxp works fine). You can unzip it using the Expansions Manager using the x button.

A number of additional side-missions have been developed and may be added at a later date, along with minor improvements based on player feedback.

You can find the Iron Raven discussion thread on the Oolite Bulletin Boards here.