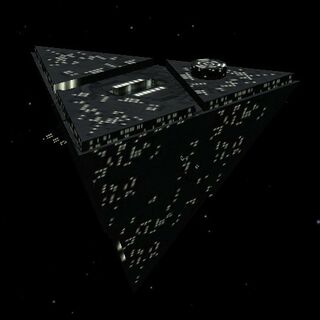 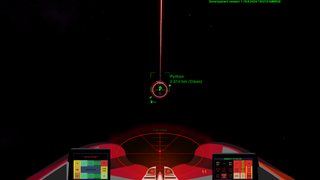 Dertien joined Oolite back in 2011.

His first post was about making a new texture for Griff's Moray Star Boat, and things moved on from there!

Novelties have included the

And Dertien also contributed to

The ELS system (Elite Landing System) is a kind of glideslope ILS system as invented on earth in the 20th century. It projects a holo of 3 beacons in front of the station's docking bay and indicates the ideal flight and alignment path. The markers are well spaced and shouldn't be a problem for pilots comfortable with manual station approaches. Hitting any of the beacons with your craft will be punished by instant death. No exceptions. That is the reason why rookies call it the "Corridor Of Death". The harshness of the penalty was enforced to discourage rocket-jockeys and rookies to disregard traffic regulations at busier starports. It is safe to let the docking computer (if installed) handle your landing when an ELS is present.

ELS's use is limited to Dodecahedron and Icosahedron stations and some but not all Coriolis stations with tech level 6 and above. It is not found on Tetrahedron Depots and Octahedron outposts since they are too small to accommodate the hardware to project the holo.