Updates the ANA for those with multiple contracts and a need to prioritise one over another. Vital! 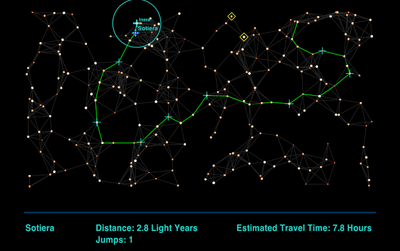 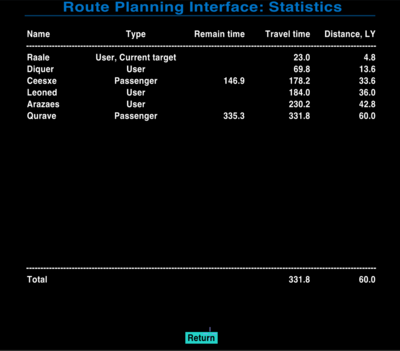 This OXP allows you to build a route through multiple systems. It was designed for use with many concurrent cargo, passenger, and courier contracts and can automatically update routing information to match them, but can be used for other tasks that require pathfinding too.

The waypoint order can be determined automatically to minimize the number of hops or travel time, according to the ANA mode, but paths are not guaranteed to be optimal and fit all time windows. For those who do not have enough of this or need to strictly follow the order of passing the path, there is a manual mode. Changing the mode, waypoints and appearance can be done via the "Route planning" interface ("Ship Systems" category) on the F4 screen when the ship is docked.

The builded route will be displayed on galactic chart and recalculated every time target system of the current jump sequence changes. Target system will be automatically set when ship launches from a station and it has a route built but no target system. When the next stop is reached, a notification will be shown.

No additional equipment required, but you need to already have bought the Advanced Navigational Array.

At the moment you can change:

Appearance is configured through the subscreen of the main F4 "Route Planner" interface.

Makes route planning much, much easier.